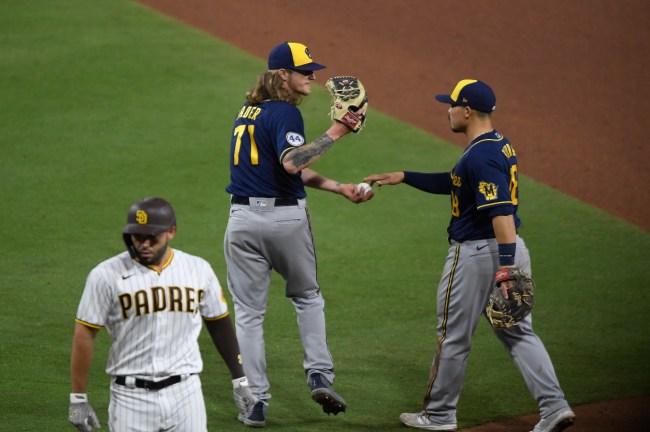 The MLB Trade Deadline was silent. Everything was quiet.

BREAKING: The Brewers are trading star reliever Josh Hader to the Padres, a source tells ESPN.

The return for Hader is a big one, and with the recent struggles of Taylor Rogers, a move for another closer felt evident.

In five seasons with the Brewers, Hader totaled 125 saves, with a career-high 37 in the 2019 campaign. He leads the entire MLB this year with 29 saves, just one ahead of Taylor Rogers, who the Padres sent away in this deal.

An MLB-record 12 straight hitless appearances to start a season.

Padres fans and MLB fans exploded after this trade was announced, and who knows what will happen next.

The National League Central is not a serious division, and baseball is no longer a serious sport https://t.co/SorofaYXww

#Padres get Hader, who is under team control through the end of next season. https://t.co/i4QeKaRbk7

HOLY SHIT MAN! THIS IS WHAT YOU CALL A PARADIGM SHIFT!!! Slam Diego is fucking GOING FOR IT!!! https://t.co/uRDBjS1tPd

If Preller can pull off a Juan Soto AND Josh Hader deadline frenzy, the Padres might be a serious World Series contender this season.

Stay tuned because the 202 MLB Trade Deadline has arisen from the dead, and all eyes are on AJ Preller. The Padres are making moves, and let’s see which other teams crack into the fun of trading.