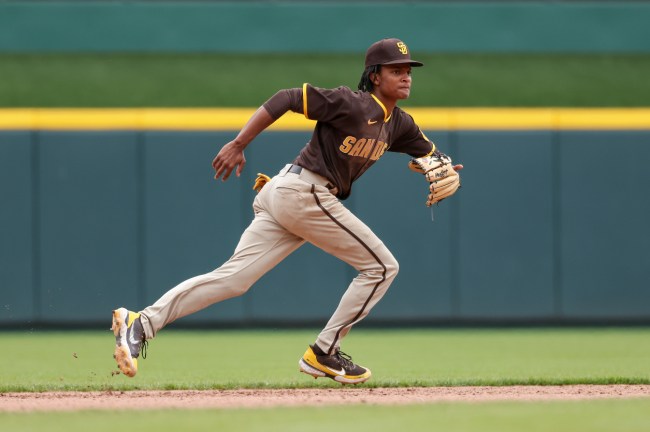 With Fernando Tatis Jr. on the shelf, the San Diego Padres promoted young sensation CJ Abrams. He played in 20 games for the big-league club before they chose to send him to Triple-A so he can get more work with the El Paso Chihuahuas.

Abrams started off his Triple-A season with a home run a few weeks ago, and since then he has 24 hits with four home runs and 19 RBIs.

On Thursday night, Abrams made the highlight of the night at arguably any level of professional baseball with one of the best barehanded plays we have ever seen.

The No. 1 @Padres prospect ranges into shallow left field to make a phenomenal defensive play for the @epchihuahuas: pic.twitter.com/oOtvtomF2M

This is a magnificent play that will be on replay for a long, long time.

After Abrams’ unreal play, fans started to chime in on the spectacle.

No exaggeration, that might be the best play ive ever seen

Love the energy from the dugout! That was a crazy 😧

In case you missed one of the best plays of the season: https://t.co/bWxNsUmVpH

Unfortunately, the amazing play did not receive an amazing play call, and the fans were quick to point that out as well.

One of the worst calls for one of the best plays you can make https://t.co/MXeUpaS1GI

Abrams is sure making it difficult for the Padres to keep him away from the major league club much longer, and it should only be a matter of time before Abrams returns to San Diego.