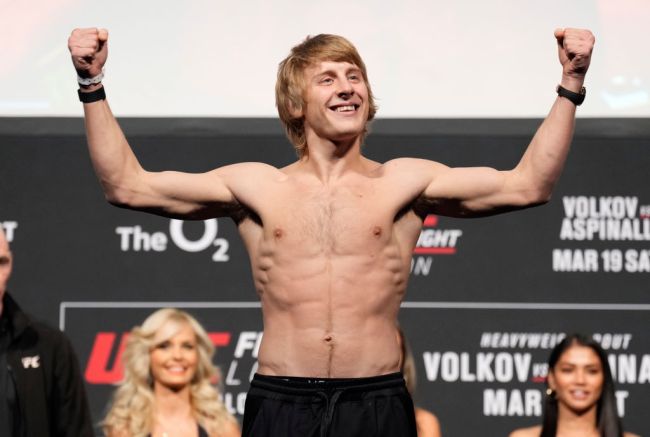 Paddy “The Baddy” Pimblett is a rising star in the UFC’s lightweight division.

Ahead of his next fight against Jordan Leavitt on July 23rd, it appears The Baddy is as confident as ever. He didn’t hold back on the trash talk either, even planning a celebration that Call of Duty gamers know all too well—teabagging.

While speaking at media day for UFC London, Pimblett told reporters he planned to “teabag” his opponent “like it’s Modern Warfare 2.”

Paddy Pimblett said he wants to tea-bag Jordan Leavitt who plans to twerk on him after winning pic.twitter.com/Iu91u1wcZt

For the uninitiated, Pimblett goes on to give a hilariously informative explanation of the celebration. He wasn’t exactly PG about it either.

“I want to squat as close to his head as I possibly can without the ref shouting at me. Just squat up and down like I’m on Modern Warfare 2 lad,” Pimblett told reporters.

The comments come in response to Leavitt revealing his own plans for a unique celebration. Safe to say, it’s just as odd. It’s also by no means the typical trash talk you’d expect in the UFC.

Clearly, the plans to twerk didn’t amuse Pimblett. And The Baddy has certainly proven you can’t out-weird him in this exchange of bizarre trash talk.

Paddy Pimblett and Jordan Leavitt will face off this Saturday at UFC Fight Night 208 in London, England. No matter who comes out on top, fans can expect to see some disrespectful celebrations either way.