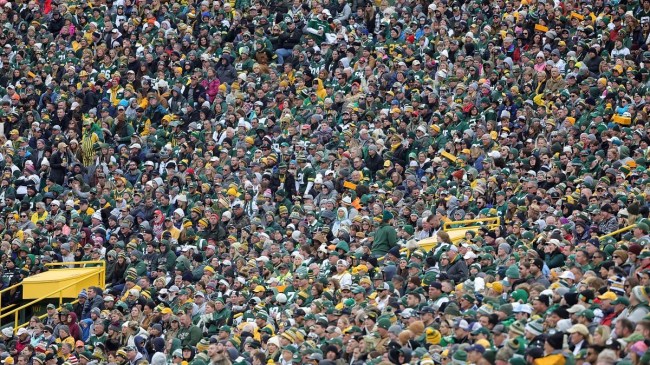 The season has not gone to plan for the Green Bay Packers. The team that has earned the number one seed in the NFC the past two seasons was expected to be one of the league’s best teams again. But, that’s not how the season has turned out. They suffered through a five-game losing streak after starting 3-1. That put them in a perilous position to make the playoffs, as a 3-6 hole more or less made the rest of the season a double-elimination tournament for the team.

A lot of the struggle has been on the offensive side of the ball. Davante Adams, Aaron Rodgers’ top target and arguably the best wide receiver in the league, was traded in the offseason. The Packers didn’t do a ton in terms of adding an established star to replace him. They went into the season adding two rookies in raw prospect Christian Watson and 4th rounder Romeo Doubs. They brought in past-his-prime Sammy Watkins, and that simply wasn’t enough. Rodgers has been frustrated, to say the the least.

And, Green Bay fans are frustrated too. That bubbled over in Thursday night’s 27-17 loss to the Titans to fall to 4-7.

Boos Came For the Packers Offense

After they didn’t convert on a 4th and ballgame play late in the 4th quarter, the boobirds rung out at Lambeau Field.

Yikes. That’s something you don’t hear often at the venerated Lambeau Field.

The boos are getting LOUD in Lambeau

I’d boo the Packers too if I was at Lambeau. Outside of two plays that half was disgusting.

Green Bay now basically can’t lose again if they want to make the playoffs. They get the best team in the league, the Philadelphia Eagles, next week on Sunday Night Football.