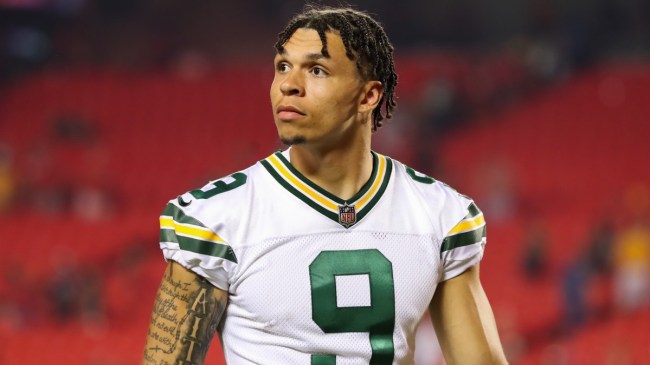 Many were shocked when the Green Bay Packers selected North Dakota State wide receiver, Christian Watson, with the 2nd pick in the 2nd round of the 2022 NFL Draft. The Bison product had physical tools but was thought to be a very raw prospect. The Packers are trying to win now with Aaron Rodgers, so many thought a more polished receiver would be the best pick.

But, he has played well enough in the preseason to get big snaps in Green Bay’s crucial week one game against the Vikings.

And, Rodgers even looked to him on a deep ball where Watson had beat his man. And then, this happened.

Christian Watson is, in fact, the perfect replacement for Marquez Valdes-Scantling pic.twitter.com/7MUgB10VIu

That is a world-class drop and it won’t do him any favors with Rodgers.

You know it’s NFL season when your timeline is full of current events NFL memes.

rodgers the next time a play gets called for christian watson pic.twitter.com/Jw48OfmkKH

It remains to be seen if Watson can regain Rodgers’ confidence. Drops like that will not help.