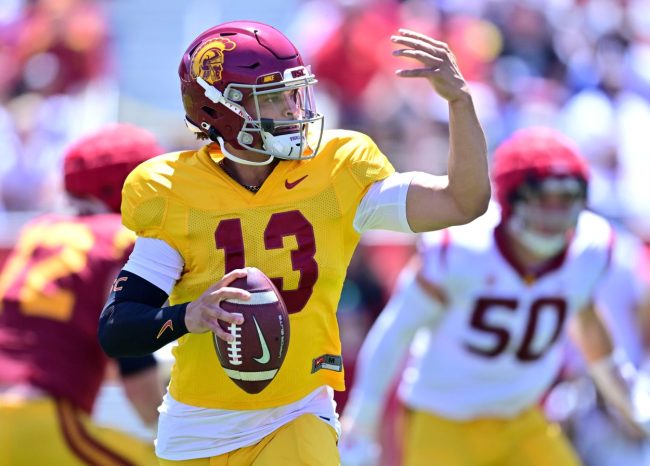 Kloavkoff and the Pac-12 are back in the news on Thursday, and it’s for perhaps the best news yet.

BREAKING: Welcome to the next stage of NIL. Athletes will be able to share their personal highlights on Twitter & receive income for their performance.

Opendorse + Twitter are providing the infrastructure. Tempus Ex Machina has the tech.

The Pac-12 head honcho was one of the brain trusts between a one-of-a-kind NIL deal. The deal covers all Pac-12 football players (and potentially beyond in the future) and allows them to share their personal highlights on social media and earn cash in return. Not only is the deal the first of its kind in college athletics, it’s the first of its kind in any sport at any level.

Pete Nakos of On3 Sports had more on the creative initiative.

Next to the technology of Tempus Ex Machina, Pac-12 athletes will have their commissioner to thank. While the league has stumbled in recent weeks with the news of USC and UCLA heading to the Big Ten in 2024, George Kliavkoff has spearheaded the initiative. He made sure to craft the Pac-12’s deal for its highlights rights to allow this.

The Pac-12 is partnering with Twitter and Opendorse to execute the new deal.

How Will The New Deal Work?

Technology company Tempus Ex Machina will be responsible for filming every angle of every play. Including cameras on lineman and non-skill position players. After the game, Opendorse will distribute highlights to players who then publish them on Twitter.

Twitter Amplify will install pre-roll advertising of the highlights. Student-athletes will receive a flat fee for their participation from Opendorse. They could also see a check come in after the video debuts, dependent on the number of views it receives.

The deal could very will be the future of NIL and it wouldn’t be surprising at all to see it catch on across the sporting world.