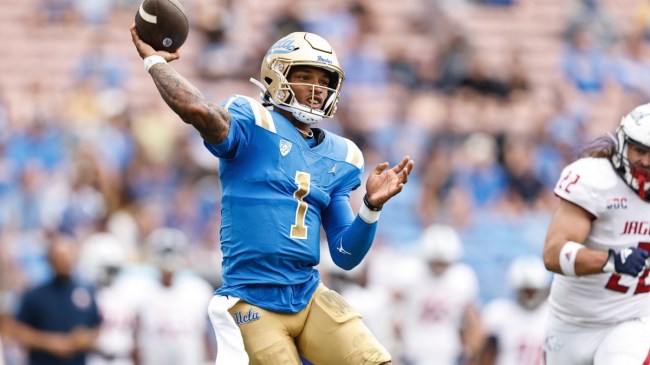 Once USC and UCLA announced they were leaving for the Pac-12, everyone knew the Pac-12 was instantly on life support. Losing the vital Los Angeles market in their television negotiations would be the death knell. The PAC-12 was already well behind other power five conferences in terms of exposure, and that would not help

USC is a private institution, so there’s nothing really anyone can do about their choice. But, PAC-12 commissioner George Kilavkoff is appealing to The University of California Board of Regents to block UCLA from leaving the conference. The Board of Regents is the overarching governing body for all of the UC schools. Those schools include Cal, UCLA, UC Davis, among others.

During the Regents’ meeting on September 22, Kilavkoff sent the members a letter outlining why he thought they should force UCLA to stay in the PAC-12. He listed off some reasons you’d expect. It would increase travel costs. The extra time traveling could negatively impact student-athletes’ academic performance. Plus, it would have a negative impact on Cal-Berkley. But, one thing stuck out. Kilavkoff argued that allowing UCLA to move to the Big Ten would negatively impact climate change, something that the board of regents is against.

In a final nod to a board that may not be conversant in the semiprofessional world of major college sports, he noted that the increased travel contradicts the U.C. system’s objectives of helping to reverse climate change.

This would be catastrophic for UCLA. They could effectively kiss major college athletics success behind if the Regents block the move. UCLA is in significant debt in its athletic department, and its football program is putrid. A move to the Big Ten would help both tremendously. Talented Southern California kids would have more of an incentive to stay home as opposed to going somewhere else where they get more exposure.

For UCLA’s sake, I hope the Board of Regents lets the move go through.