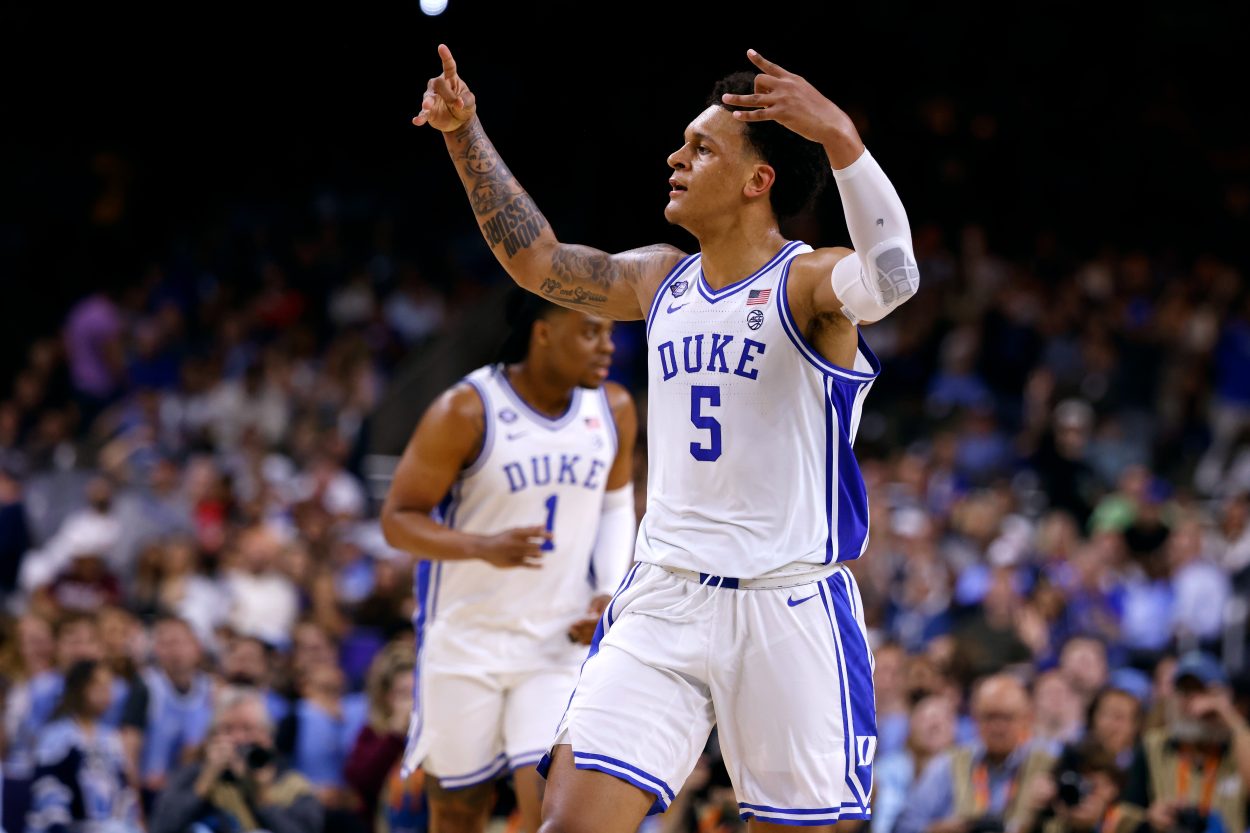 The NBA Draft order was supposed to be set in stone.

The top of the order appeared to be set at very least. ESPN’s Adrian Wojnarowski tweeted out Thursday morning that the Orlando Magic were expected to take Auburn’s Jabari Smith at No. 1.

Shortly before the draft, Wojnarowski put out this tweet.

As the Orlando Magic move closer to getting on the clock, Duke's Paolo Banchero is now looming as a frontrunner to be the No. 1 overall pick in the 2022 NBA Draft, sources tell ESPN.

Suddenly, the Duke big man with the wild purple suit had surged to the top of draft boards.

Banchero is an impressive prospect and perfectly befitting of the No. 1 over pick. He averaged 17.2 points, 7.8 rebounds and 3.2 assists as a freshman and led the Blue Devils to the Final Four.

But the pick still came as a surprise.

Early on in the process, Holmgren was seen as the top prospect. The uber-athletic Smith surged in recent months. Instead, it was neither of the two.

And basketball Twitter was shocked by the change of events.

Orlando ultimately elected to select Paolo Banchero with the No. 1 pick, giving the Magic a 6-foot-10, shot-creating dynamo who should be able carry a significant offensive load early in his career with his ability to handle, pass and shoot. My early ROY favorite. pic.twitter.com/IH4fOezWX7

Wow. Great smokescreen by the magic and john Hammond. They wanted him all along and got everyone to believe it was Jabari. Great work https://t.co/awVoVRmGYJ

That’s it. I’m done. I gave the sorry @OrlandoMagic 33 years, and this is the final straw. I hope @jabarismithjr drops 50 on the Magic every single time he plays them. https://t.co/JatpIVqFNt

THE POWER OF THE SUIT https://t.co/ucAPVZLFAF

Love this for the Magic. Player with the highest floor and potentially the highest ceiling. Rare shooting for 6’10 and has the ability & body to be a great defender. Going to be the best player from this draft. https://t.co/67b3BM2S0W

Wild to me that the Magic are gonna make a surprise pick at #1 and it's gonna be to take Rigatoni Randle and not Evolutionary Basketball Alien Chet Holmgren.

Banchero’s pick didn’t set off much of a chain reaction. Holmgren still went No. 2 to Oklahoma City. Smith then fell to three at Houston. Banchero now joins Jalen Suggs as a cornerstone for a young Orlando team.

Welcome to the NBA, Paolo Banchero. Everyone will be sure to know you’re name after tonight’s wildness.