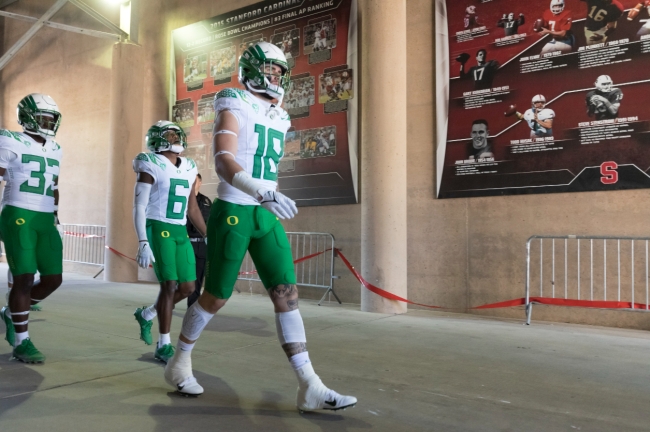 This news hit the Ducks team hard, and everybody mourned the loss of such a terrific young man. The Ducks are going to honor Webb as much as possible, and they have already left him on their roster for the upcoming season, at least on the official roster on the Ducks website.

Moreover, the Ducks will put a custom sticker on each helmet with the #4, Webb’s number, and use it for the entire 2022 season, as SuprtWest Sports mentioned.

You can see the helmet by clicking here.

Oregon Ducks player Cam McCormick also hopes the school lets him wear Webb’s name on his jersey to start the season against Georgia.

New Oregon head coach Dan Lanning spoke about Webb during the Pac-12 media days and the effect he leaves on the entire football team.

It won’t be an easy season for the Ducks for several reasons, but losing somebody as important as Spencer Webb is a tragedy.

The Ducks indeed have more ideas up their sleeves to honor the tight end, and this is only the beginning.