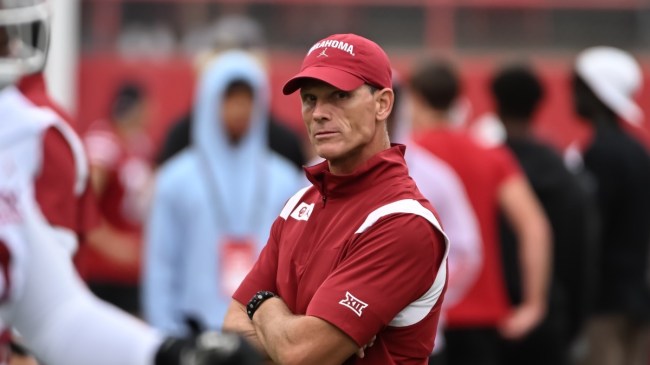 After Lincoln Riley left Oklahoma for USC, Sooner fans swore up and down that they were better off for it. After all, Lincoln Riley couldn’t win a national title there. And, they thought his teams were soft and not good enough on defense.

So, they hired former Oklahoma assistant and Clemson defensive coordinator Brent Venables. And, according to Those in Norman, he was going to fix all of their problems. But, they lost last week to Venables’ alma mater, Kansas State and gave up a ton of yards and points in that game in the 41-34 loss. And things are going completely off the rails today for Oklahoma.

Fast forward to this week. Let’s check in with that Sooner defense.

Oklahoma fans: “Brent Venables is going to change the culture at OU, we’re going to have an ELITE defense next year!”

TCU gonna get to 62 before the baseball guy does lmao

Sooner fans are melting down while the nation laughs at them

Venables was supposed to fix this!

TCU has 27 points in the first quarter vs. Oklahoma. Hate to repeat myself, but: I was told Brent Venables would fix the defense.

Are Sooner fans having buyer’s remorse? Maybe it would be more appropriate to just say they’re missing Lincoln Riley.

This is the one week where I miss Lincoln Riley

Some are even resorting to conspiracy theories

I’m pretty sure he is not tanking the season.

Meanwhile, out in Los Angeles, Lincoln Riley is sitting pretty.

This sums it up.