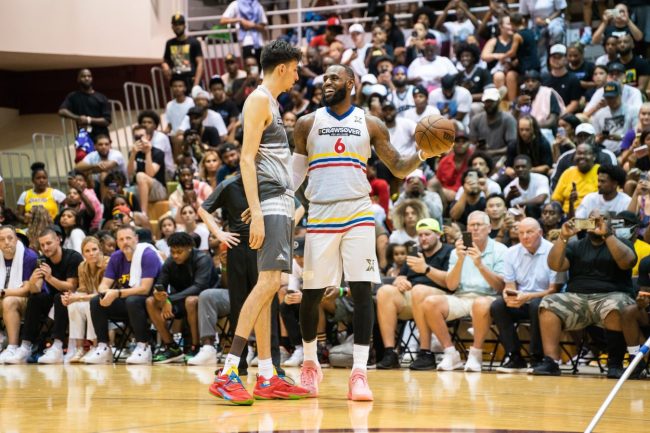 OKC thought it had a steal when Gonzaga big man Chet Holmgren fell to No. 2 in the NBA Draft. Holmgren was long-thought the prohibitive favorite to go No. 1 overall to the Orlando Magic. Instead, the Magic selected Duke forward Paolo Banchero in a surprise to just about everyone.

Holmgren and Banchero are the favorites to compete the NBA’s 2022-23 Rookie of the Year Award. But now that may have all changed.

The biggest concern surrounding Holmgren as a prospect was his fragility. At 7-foot and 190 pounds, he’s one of if not the most slender big man in the league.

Those concerns came to fruition in a recent scrimmage at Jamal Crawford’s CrawsOver Pro-Am in Seattle.

A timetable is being determined for Chet Holmgren, as exams show potential torn ligaments in his foot, per @ShamsCharania.https://t.co/m6vlIfCaqu

Holmgren attempted to block a LeBron James shot in transition and appeared to land awkwardly on the way down.

Chet Holmgren appeared to injure his ankle while guarding LeBron on this possession 👀pic.twitter.com/AMbvC7N1sq

Shams Charania of The Athletic reports that Holmgren suffered potential torn ligaments in his foot on the play. Oklahoma City in now working to determine specifics of the injury and a timetable for recovery.

The Pro-Am was eventually stopped early due to condensation on the court that made playing conditions unsafe.

The Thunder begin the regular season on Oct. 19 against the Minnesota Timberwolves and newly acquired center Rudy Gobert.