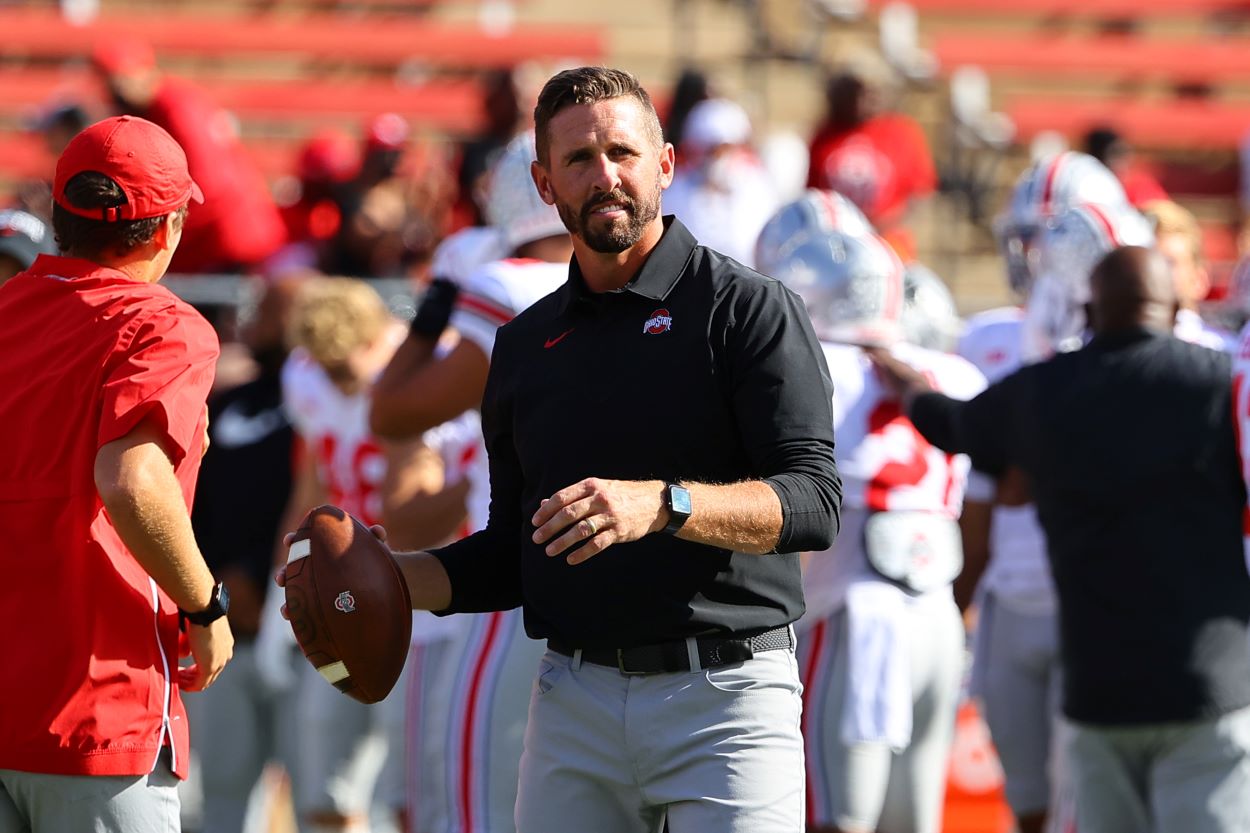 Ohio State’s absolutely ludicrous wide receive depth is beginning to get out of hand.

But things have gone to an even higher level under head coach Ryan Day and wide receiver coach Brian Hartline.

The Buckeyes have sent a glut of talent to the NFL in recent years. Parris Campbell and Terry McLauren went in rounds two and three of the 2019 draft. Then the duo of Garrett Wilson and Chris Olave went in the first round this past year. And things don’t look to be slowing down.

The unreal run doesn’t appear to be stopping anytime soon, either.

The 2022 recruiting cycle could be considered a down year for Ohio State at the receiver position and they still signed four four-stars according to 247Sports.

Flash forward a year and Hartline, who was named 247Sports’ National Recruiter of the Year in 2020, is back in his bag.

It started on Monday, when Hartline reeled in five-star Carnell Tate from IMG Academy (FL) over Tennessee, LSU, Notre Dame and a slew of others.

But the fun didn’t stop there for Buckeyes fans. Less than 24 hours, Hartline reached back into the Sunshine State and grabbed another five star, this time in the form of American Heritage’s Brandon Inniss.

The college football world is in awe of the work Hartline is doing.

I’m not paying a dime of my student loans until the Brian Hartline statue is built @OhioState https://t.co/xG3IJzyXbx