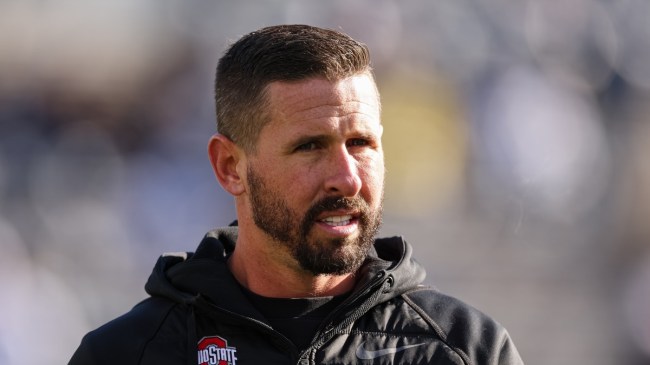 It’s been a rough time for Ohio State Buckeye fans. After starting the season 11-0, the team was embarrassed by Michigan on Saturday. It was one of the biggest games in the history of the rivalry, as both teams came in 11-0. But, Michigan used a giant second half to beat the Buckeyes 45-23, at home.

Ryan Day is under serious scrutiny, as this is two years in a row the Bucks have been run off the field by their biggest rival. And now, there is new news that may make their week even worse.

Brian Hartline is one of the best recruiters and coaches in America. The former Buckeye and Miami Dolphin has found quite the home as the Ohio State receivers coach. He’s produced standouts like Parris Campbell, Chris Olave, Garrett Wilson and others. He recruits the position better than anyone else, and his current crop is just as good as those names mentioned.

But, Cincinnati is very interested in him after coach Luke Fickell went to Cincinnati. Hartline will interview soon.

The article says, in part:

While several additional candidates have emerged for the Bearcats’ head job, sources on Wednesday told FootballScoop that there has been a gain in momentum for star Ohio State assistant coach Brian Hartline.

Sources told FootballScoop that Cincinnati’s formal interview with Hartline was expected to take place in the near future, perhaps as soon as Thursday.

A former standout player for the Buckeyes who logged a seven-year NFL career and has spent the past six seasons on staff at his alma mater, Hartline has molded the Buckeyes’ wide receivers group into the sport’s current “Wide Receiver U.” He’s a former FootballScoop Wide Receivers Coach of the Year recipient and this past season ascended to the role of passing game coordinator amid carving a reputation as arguably college football’s preeminent wide receivers coach.

Wow. Quite the dodgy situation for the Bucks.