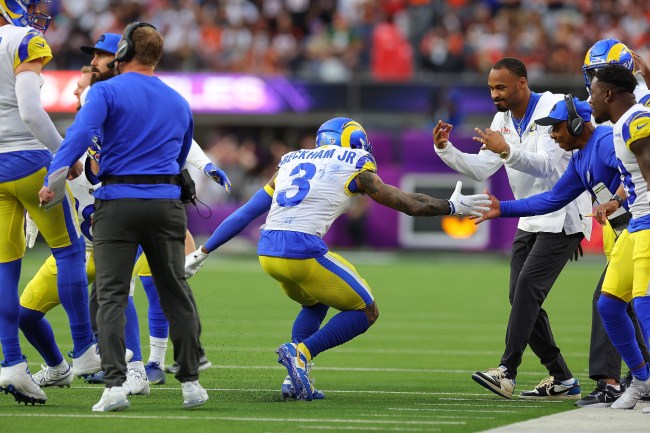 Is Odell Beckham Jr. going to head back for one more year with the Los Angeles Rams?

At the moment, he remains unsigned as he continues to recover from an ACL tear he suffered during Super Bowl LVI. Beckham became a focal point of the Rams offense after being released midseason by the Cleveland Browns and was expected to earn a big contract in free agency.

However, the ACL injury has scared teams off and OBJ is set to miss most of the 2022 regular season.

Still, Rams fans are holding out hope for a return to LA, and Beckham gave everybody a hopeful shot in the arm with a simple Instagram comment.

Odell Beckham Jr. gets Rams fans hyped with a comment on a photo of Bobby Wagner

Is OBJ headed back to Hollywood? Perhaps.

His “BACK TO BACKKKKKKKK” comment sure got the discussion flowing.

@OBJ Just sign my man!!! LA is meant for YOU! Why would you want to go anywhere ELSE! This City can be yours! Don’t let your agent tell you something different! Youll be a legend & Hall of Famer for sure!

Of course, the infamous eyes emoji made a return from all the fans.

OBJ sure knows how to get the conversation going, and his lack of free agency interest sure makes a return to the Rams look even more likely. With the addition of Allen Robinson II and Cooper Kupp still on the roster, the Rams can more than afford to be patient and wait for Beckham to recover. Then, hopefully, return for a Super Bowl run.

OBJ watch is on once again.