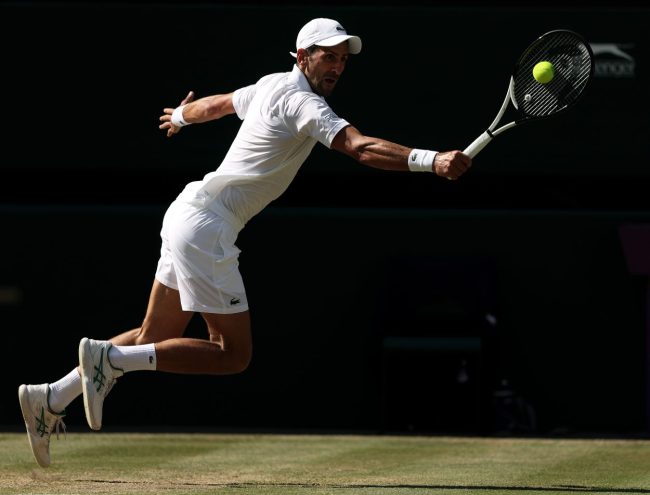 Novak Djokovic has had an interesting 2022 tennis season. The 21-time major champion began the year clouded in controversy. His refusal to take the COVID-19 vaccine meant he was not allowed to compete in Australia. That, in turn, mean the three-time defending Australian Open champion couldn’t attempt another defense.

That doesn’t mean that Djokovic didn’t try. He superstar tennis player entered the country and appeared ready to compete. But one day before the tournament was set to begin, Djokovic was removed from the country.

Things got better as the season went on for Djokovic. He capped his turn around with a Wimbledon championship just a week ago over Nick Kyrgios. Though there was some downside to the victory.

The news continued to get better for Djokovic on Thursday.

Australia’s new prime minister Anthony Albanese, who assumed office in May as a member of the Labour Party, is apparently changing the country’s rule on vaccine status.

🇦🇺Novak Djokovic is set to be allowed to play at the Australian Open 2023.

New Prime Minister of Australia Anthony Albanese is said to be a massive tennis fan who doesn't want the tournament diluted by the absence of its best player.

The new rule will allow Djokovic to pursue his 10th Australian Open championship.

“The reason is that the new Prime Minister, Anthony Albanese, is expected to take a more sympathetic view of the Djokovic case than his predecessors. Albanese is a huge tennis follower who plays the sport several times a week. Sportsmail understands he does not want the Australian Open to be diluted by the absence of its nine-time winner, who reaffirmed on Sunday that he is still at the height of his powers.”

Fans of Djokovic and the tennis world as a whole rejoiced over the news.

Huge news if it happens- only issue in the article is placing Raducanu's name in with the likes of Djokovic, Kyrgios, Rybakina and Norrie… No Ranking points at Wimbledon have protected her Ranking, others have all been dented https://t.co/ly2y9PhyX1

Djokovic has a chance to make even more history in Australia. A victory in Australia could tie him with Rafael Nadal with 22 major victories, the most all-time. But only if Nadal doesn’t win the US Open to close the 2022 season.