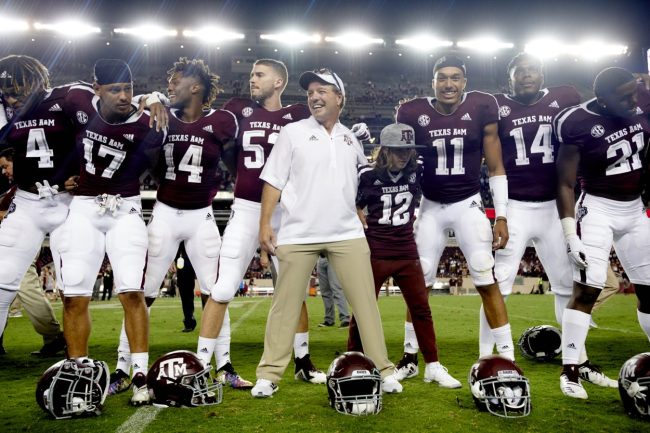 NIL sparked an incredible feud between Nick Saban and Jimbo Fisher. It may have helped the Louisville Cardinals land the top running back recruit in the nation. And it caused a hilarious spat between rivals Florida and Miami over four-star quarterback Jaden Rashada.

But until now, we haven’t really had a good grasp on just how influential NIL is in the recruiting world. Thankfully, a new report from On3 has helped create more clarity around that.

EXCLUSIVE: On3 surveyed 85 of the top 200 recruits on the influence of NIL👀@jeremycrabtree with details: https://t.co/qEodmDP9HG pic.twitter.com/y58ADwmk7Q

According to the report by Jeremy Crabtree, 30% of the top 200 recruits in the country (per On3) say that they’d be open to taking an NIL deal over the perfect fit.

A Pac-12 coordinator, though, says the number could be even higher.

“I’d have to think that number is probably around 50-50,” a Pac-12 coordinator told On3. “It’s no longer about culture. We have kids come to our school on a visit and say, ‘We love you. Love you, coach. Love your scheme. It’s a great fit. But what can you offer?’”

But that’s not the only eye-opening number.

Of those polled, 57% of recruits said that NIL has an average or above influence in their eventual school choice.

There Are Still Other Factors At Play For Recruits

While NIL is very clearly important, it’s not the most important. The report says that the majority of recruits ranked coach staff and NFL development as the top priority when choosing a school.

“That’s actually a pretty good thing to see,” an SEC recruiter told On3. “I think these results show that, yes, NIL is important with a lot of these top guys. But maybe there’s actually some hope that traditional recruiting factors are still important.”

It’s impossible to say whether or not each recruit polled was completely forthright. But one thing is clear, NIL is hear to stay and it’s influence is only continuing to grow.