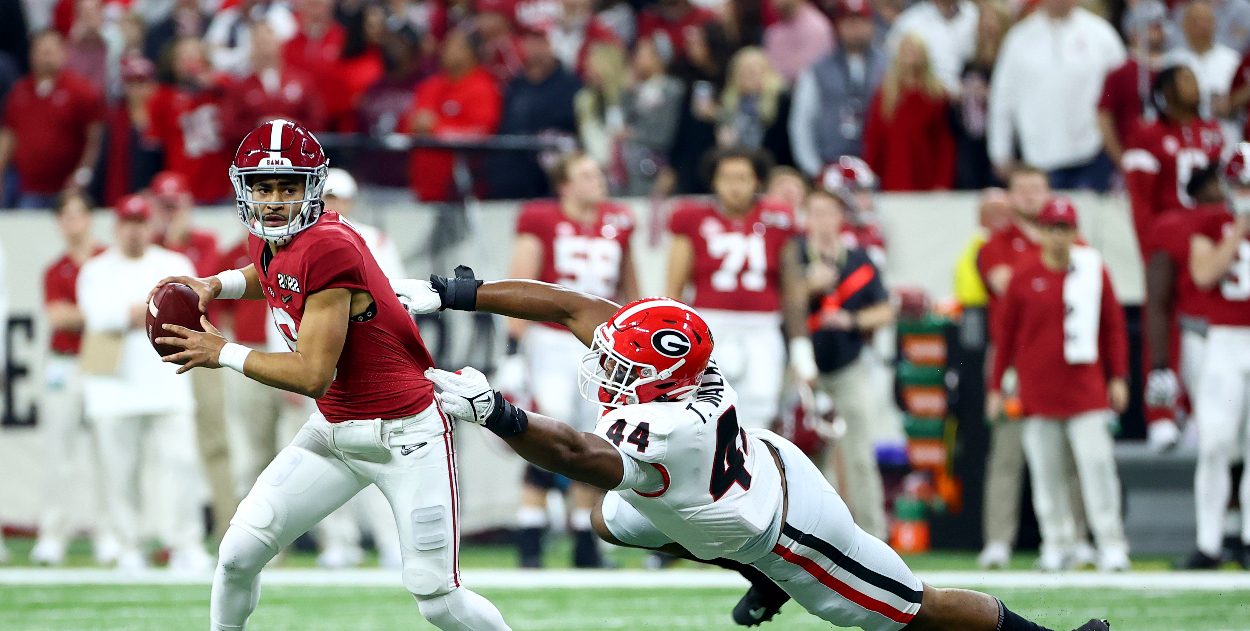 Name, Imagine and Likeness discussions are everywhere you look in college football right now. Whether it’s Nick Saban calling out Jimbo Fisher and Texas A&M or Ryan Day saying that Ohio State needs to raise $13 million a year to keep its roster intact, it’s all anyone is talking about.

It appears we’ve now reached the next phase of the NIL discussion with brands Fanatics and Topps taking center stage.

Reports surfaced Thursday morning via Sports Business Journal that Fanatics will release college football and basketball trading cards beginning this fall. The company will sell the card under Topps, the sports trading card brand which it owns.

.@Fanatics and @Topps will release college football and basketball cards beginning this fall.

Fanatics has secured NIL trading card deals with over 100 schools and 200 student athletes.

Further details of the report claim that Fanatics has secured the exclusive rights to move that 35 power programs. In addition, the company inked non-exclusive deals with with over 100 schools as well as deals with individual male and female athletes. The company also plans to feature cards of former athletes in their college gear.

In addition to colleges, Topps holds trading card deals with the NBA, NFL and MLB.

Fanatics has been closely monitoring the ever-evolving NIL landscape, and we felt this was the perfect time to launch multiple, strategic college trading card programs.”

With the program set to launch in the Fall, which college cards will you be buying first?