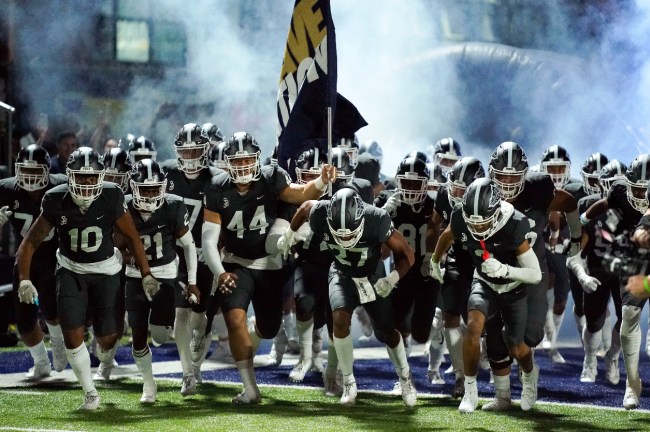 The NIL (name, image, and likeness) has become quite the difference maker for college teams. We have seen plenty of massive deals for athletes from all types of sports.

However, now we have a new first. According to Jeremy Crabtree of ON3, the entire high school football team for St. John Bosco has been signed to a NIL deal:

In what is believed to be the first ever teamwide high school NIL deal, KONGiQ is providing a NIL opportunity for each member of the Bellflower (Calif.) St. John Bosco football team.

California was the first state to allow high school athletes to enter into NIL agreements. So, it’s acceptable for St. John Bosco football players to participate in the NIL deal with KONGiQ – a sports performance, equipment and wellness technology platform.

There it is. Every player on the St. John Bosco football team (one of the best in the country) has now been signed to a NIL deal in a record-breaking move.

The players will use the KONGiQ App and system to post personal experiences, and this could the first of a trickle-down of NIL deals for other high schools in California.

Once again, sports are changing as we know it, and now it is beginning in high school.