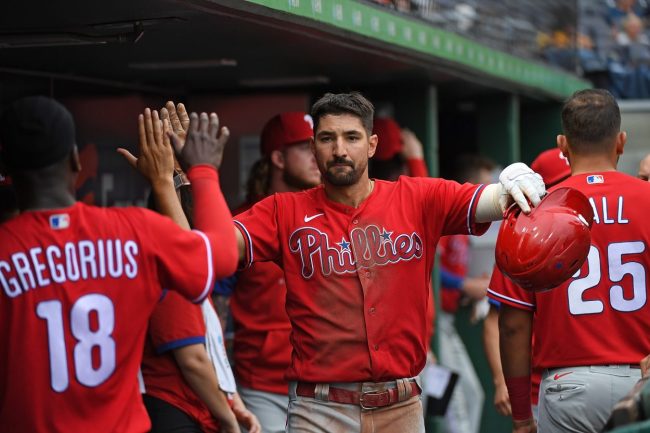 For better or worse, Philadelphia Phillies outfielder Nick Castellanos’ reputation precedes him. That’s both as one of the best hitters in baseball, and as the harbinger of all things bad.

Castellanos’ status as baseball-player-turned-sports-meme began with a homophobic slur from Cincinnati Reds announcer Thom Brennaman. Brennaman’s attempt to apologize was then cut short by a Castellanos home run. That began what became the most terrifying, unlikely trend. Castellanos home runs always seemed to follow or immediately precede bad news. And it just kept happening. In fact, it happened so often that the moment bad news hits, people have began betting on Castellanos home runs.

Luckily for some, and not so luckily for others (read: Phillies fans), that hasn’t been true of Castellanos for much of the 2022 season. After signing a massive five-year, $100 million deal with Philadelphia in the offseason, the right fielder has struggled immensely. He’s hitting just .258 this season, well below the .309 he hit in 2021 and his .276 career average. Castellanos’ power numbers are also way down. He entered Wednesday with just eight home runs on the year, far below the 34 he belted a year ago.

But now he may be out of the slump, and his status as the harbinger of death might just be back…

The baseball world suffered a monumental loss on Tuesday with the passing of legendary Los Angeles Dodges announcer Vin Scully. Both Major League Baseball and individual players have honored Scully since his passing.

And, in his own unique way, so did Castellanos.

For the lead!! #RingTheBell pic.twitter.com/JlrqgkwOOr

The home run was Castellanos’ first in over a month and provided the winning margin for the Phillies over the Braves. Baseball fans immediately connected the two events.

On the day when the entire baseball world mourns the loss of Vin Scully, Nick Castellanos of course hits a home run as tribute.

Vin Scully passed away, so of course, Nick Castellanos did what he does in tragic times, oh my goodness https://t.co/Y9eMaPpngx

Nick Castellanos’ reign of terror might just be back on. But at least this time it provided a fitting tribute to a baseball legend.