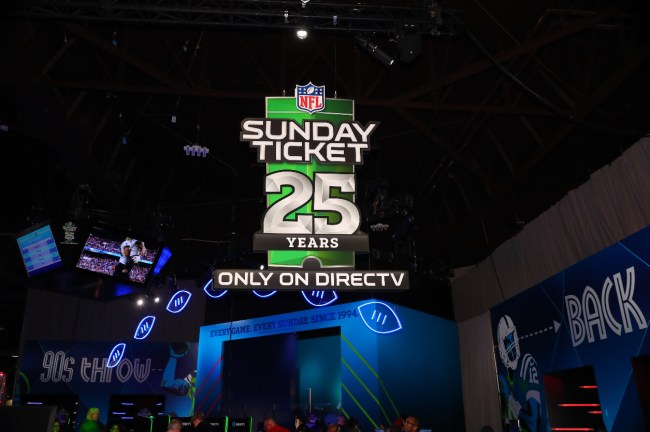 NFL Sunday Ticket is about to undergo some changes. With DirecTV owning the package for a long time, it is now set to go to a streaming service of some kind.

According to Dylan Byers of Puck News, Apple is the frontrunner, and the expected price point is unreal.

The race for the Ticket has therefore come down to Apple and Amazon, and while nothing has been signed or agreed to, I have been given ample reason to believe that Apple is the most likely winner of the sweepstakes.

Byers also added that the price could be as much as $3 billion per year.

As I learned at Sun Valley, and in subsequent conversations this week with sources close to the talks, the deal will likely come in significantly higher than $2 billion a year—some sources with insight into the talks believe it could come in close to $3 billion.

NFL Sunday Ticket is a hot item, and Amazon and ESPN were other suitors in this race. But, from what Byers said, Apple is far in front and even met with NFL Commissioner Roger Goodell.

Everybody knows the value of this package, and every out-of-market game is streamed on the platform. So, $3 billion is a big price to pay, but it definitely will reap the benefits.