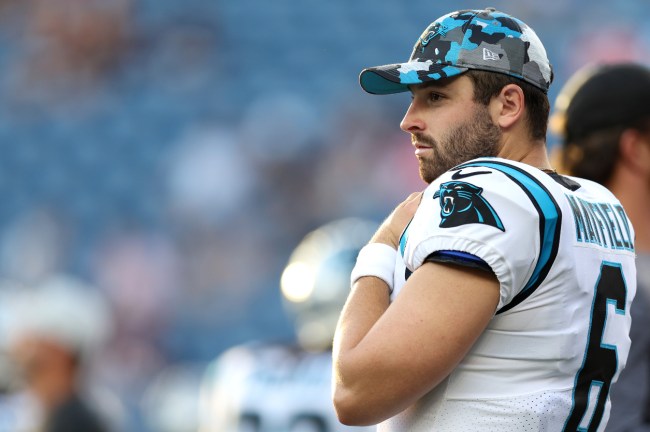 The NFL schedule release is always a holiday for football fans. As the season gets closer, we can now zero in on some notable matchups to begin the season.

The season begins on Thursday, September 8, with the Buffalo Bills facing the Los Angeles Rams. But, other games are circled for a number of reasons.

Let’s start with the Cleveland Browns against the Carolina Panthers. Yes, Baker Mayfield will begin his Panthers career with a start against his former team.

Another one is the Denver Broncos facing the Seattle Seahawks on Monday Night Football as Russell Wilson faces his former team — in Seattle.

But there is one more game that might be circled now after the injury to New York Jets QB Zach Wilson.

And quite possibly Ravens vs. Joe Flacco and the Jets. https://t.co/4fCQDaiTtY

There it is, Ravens vs. Jets, and the return of Joe Flacco, who was the longtime starter in Baltimore.

Now, the schedule makers had no idea this would be a Flacco reunion, and Wilson theoretically could be back for Week 1 — although that looks improbable.

Let’s not forget that Deshaun Watson will make his regular-season Cleveland debut after his suspension against the Houston Texans.

The NFL schedule makers know what they are doing. Hats off to them.