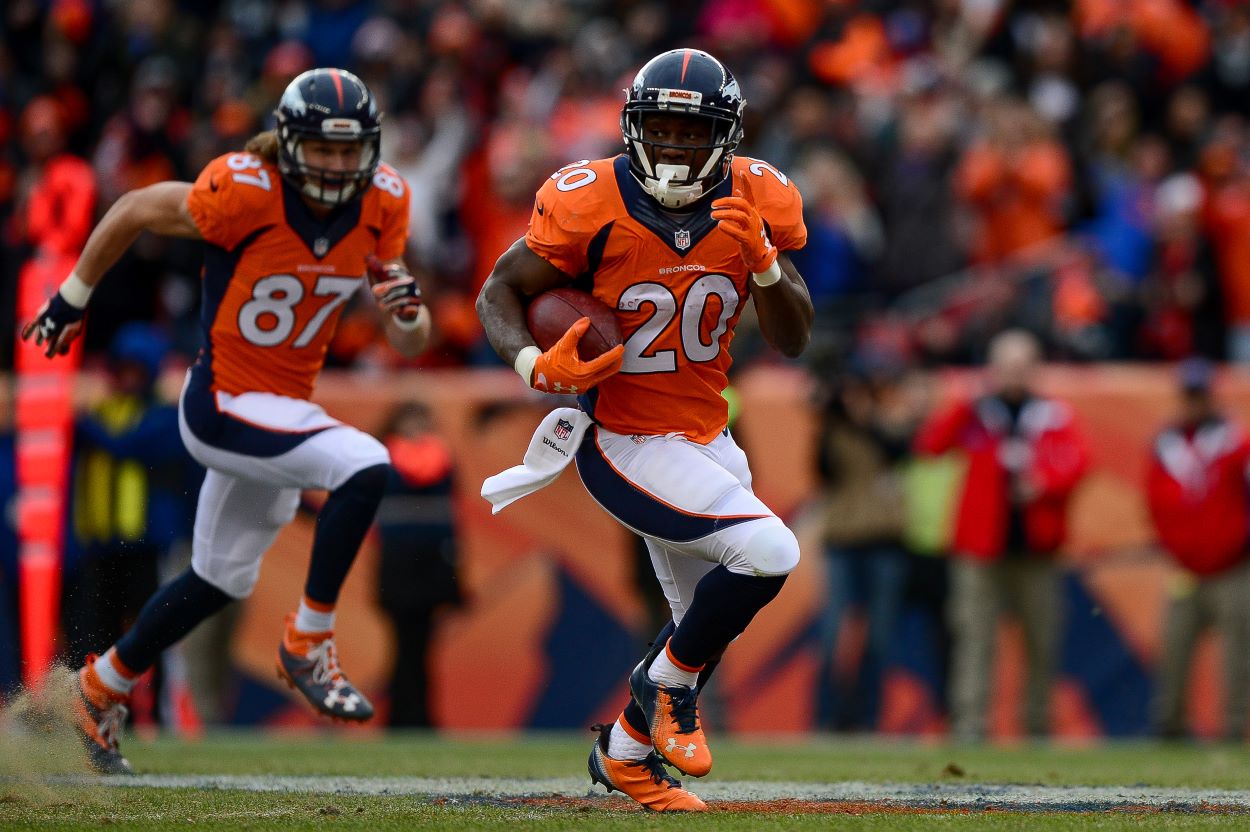 Running is the absolute dirt worst.

Take it from this former soccer player turned asthmatic, nobody actually likes running. Even people who like running don’t like running.

But as a soccer player, it’s part of the game. And former NFL running back Justin Forsett’s 9-year-old son is learning that the hard way.

Justin Forsett played the better part of nine very successful seasons in the NFL. The Cal product was a seventh-round pick in 2008 and eventually became a Pro Bowl running back with the Ravens in 2014. He retired in 2016 and is now apparently hanging out doing dad stuff, including his 9-year-old son’s soccer workout.

I just Failed my 9yr old son’s soccer conditioning test. Am I tripping/out of shape or is this insane? I need a soccer or track athlete to talk to me. pic.twitter.com/iB58XCR7AN

Let’s do some quick math.

That is an absolutely absurd task, never mind that the kid is NINE YEARS OLD. To the surprise of very few, Forsett said that even he failed the test. I’d like to see any 9-year-old in the world who would pass.

Twitter had plenty to say about the insane workout.

He’s 9. Repeat 9.
Coach should be saying here’s a ball. Enjoy it. And once he’s done that, he should get out of the way. Conditioning?!! Absurd!

These are the fastest kids in the nation after having trained for who knows how long to do one rep.

I would have to see the entire test on video to believe there’s a kid in the world who could pass this conditioning test. pic.twitter.com/wehjLk2KO8

As a former middle distance runner and track coach…

This is idiotic on multiple levels. That's a long workout for a 9 year old…

Even the paces are nuts. The 100s in 15 seconds are way too fast compared to everything else, especially for a 9yr old

It's a flat out dumb test.

That’s well out of hand for a 9yo. Have him get outside with a ball and work on skills. Fitness will come with that.

Even former US Men’s National Team defender and current FOX analyst Alexi Lalas had some fun with Forsett.

But can you trap the ball?

But most just called out the coach who assigned the workout.

If your kid’s AAU/club team requires this, then run as fast as you can and find a different team.

A 9 year old should not and I repeat should not have a conditioning test https://t.co/pjlgQ0p1wK

Unless that coach has multiple alumni in top European leagues, find another coach.

(Spoiler: The coach is coaching nine years old in the US. He does not have multiple alumni in top European leagues.) https://t.co/QoWGPsVH8K

🤯🤯 I would never let my son do this! I am so sick of overzealous coaches and club teams destroying sports for our youth. It’s supposed to be fun!! The conditioning happens at practice!!! They are 9!!! https://t.co/Ft0WzoMdIV