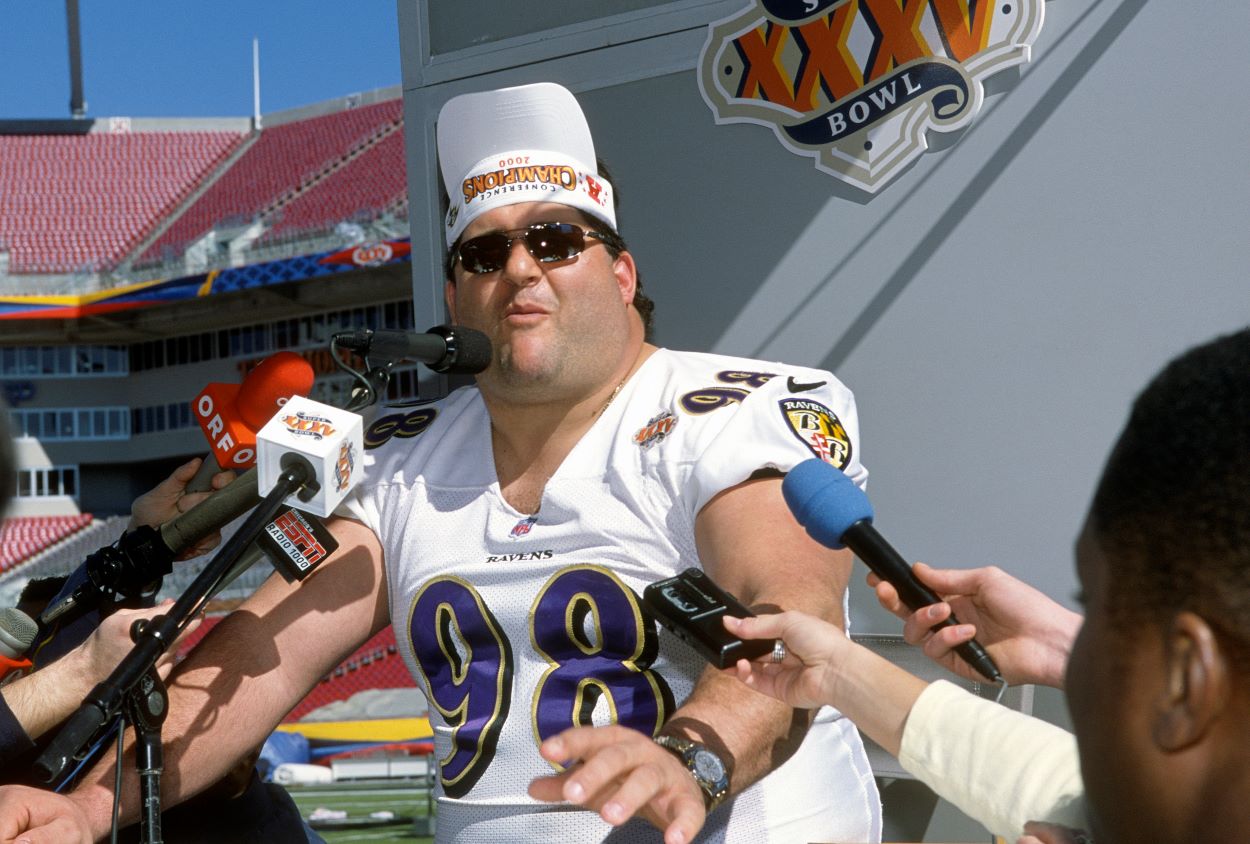 The NFL lost a massive personality on Wednesday with the passing of former Indianapolis Colts and Baltimore Ravens nose tackle Tony Siragusa.

Siragusa played 11 seasons in the NFL and won a Super Bowl with the Ravens in 2001, retiring following that season.

The man the called “Goose” then transitioned to a career in broadcasting. He worked for FOX as a sideline reporter and commentator until 2015. Siragusa continued his television career with a role as Frank Cortese in HBO’s “The Sopranos” and then hosted the show “Man Caves” on DIY Network.

Both the Ravens and Colts released statements on his passing.

This is a tremendously sad day for the Baltimore Ravens. pic.twitter.com/dbXDb5Ns76

The teams were far from the only ones to chime in. The beloved NFL and broadcasting veteran had teammates and competitors alike who wanted to share their condolences.

Among the statements released by the #Ravens just now on the passing of Tony Siragusa, this from Ray Lewis pic.twitter.com/DnyL3R0w8G

The Goose,Tony Siracusa has passed away at 55.. I’m heart broken as is all of Colts Nation❤️🙏🏼🏈

Siragusa’s influence, in large part because of his larger than life personality, went beyond the playing field.

RIP Tony Siragusa. I was in 6th grade when the Ravens won their first Super Bowl and I can’t tell you how much he meant to me as a fat loudmouthed Mediterranean child growing up in Baltimore. Rest easy, Goose pic.twitter.com/Uj6x2rLAHF

One thing was always clear when you saw Goose on your TV: he was having a blast because he loved just football. As it should be.

Such a good player for a long time and a memorable TV presence after that. RIP.

RIP Goose. Never a dull moment in your presence. pic.twitter.com/ll7Zw4ytAs

May the reunion with your father on the other side be joyful beyond words 💜 pic.twitter.com/kqCb0kfs3p

Siragusa’s impact will clearly be felt long after he passes.