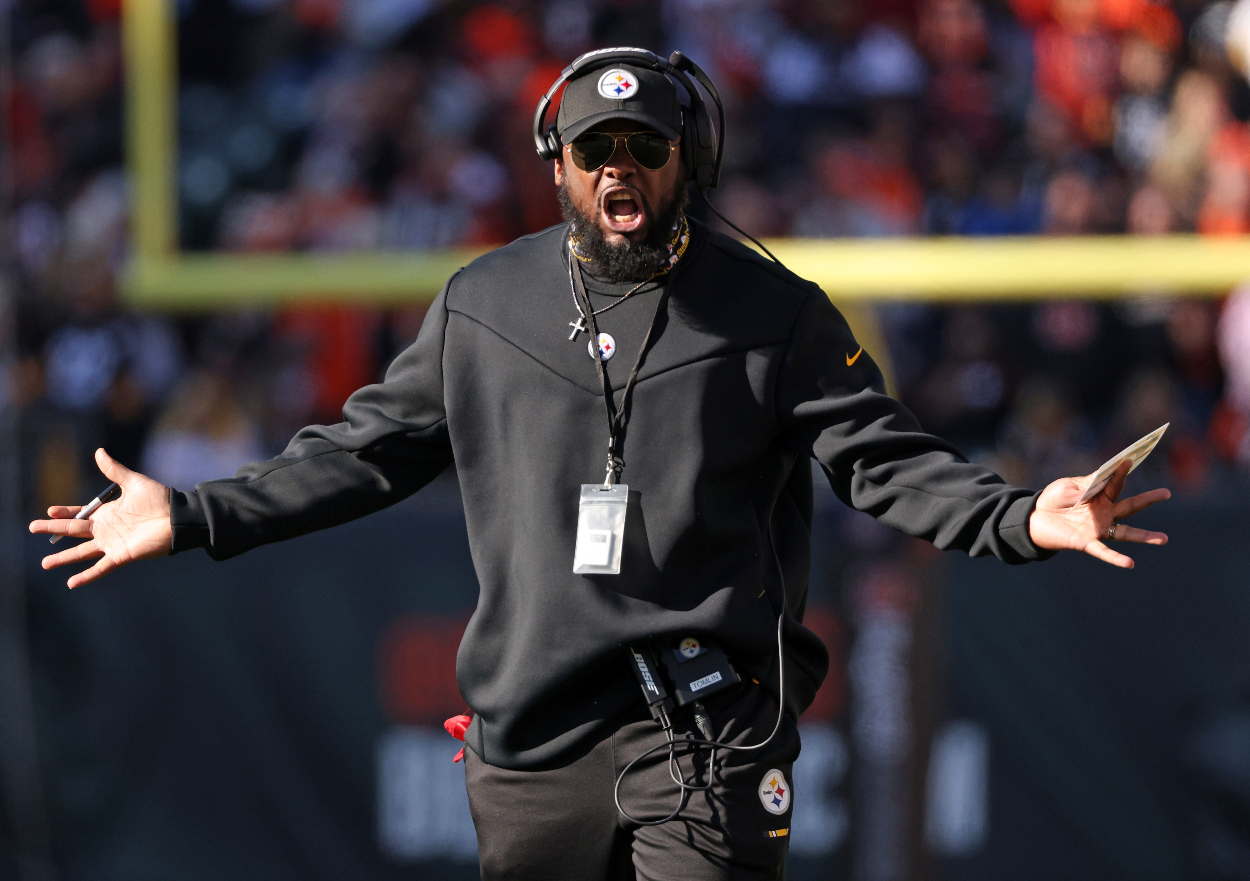 Pro Football Focus has never been afraid of stirring the pot. But its latest list may be its most controversial one to date.

The outlet released its list of the top 10 coaches in the NFL entering the 2022 season on Tuesday. The list unsurprisingly created a ton of controversy.

While many commented on the lack of Los Angeles Rams’ head coach Sean McVay, who led his team to a Super Bowl ring in February, he’s not the name that has most people up in arms.

That would be Pittsburgh Steelers’ head coach Mike Tomlin. Tomlin’s career success is inarguable. After taking over for NFL Hall of Fame inductee Bill Cowher in 2007, Tomlin has been an inarguable success. Tomlin has been to two Super Bowls. He has never had a losing season. He’s led the Steelers to the playoffs in 10 of his 15 seasons and is currently the second-longest tenured head coach in the league behind Bill Belichick.

I’m not one to crap on people. We all have opinions.

However, having a top 10 NFL coaches list that doesn’t feature Mike Tomlin but DOES feature Mike McCarthy and KLIFF KINGSBURY AT FOUR is flat out God awful and incorrect. pic.twitter.com/S0GfhogdQi

These are really, really bad once you get past the top 3…
Kliff Kingsbury at 4 and Mike McCarthy at 10 standout. Kliff wouldn’t even be in my top-25.
No Sean McVay? Just won a SB!
And the Mike Tomlin disrespect is crazy to me. The Steelers haven’t had a losing season since 2003 pic.twitter.com/kdD2v765xk

Mike Tomlin and Sean McVay aren’t on here. I’m going to say it. Whoever did this at PFF doesn’t have an opinion worth sharing. If you are creating this garbage I don’t see how you can be considered an authoritative figure. https://t.co/KUhfYIMy0t

Mike McCarthy is on here but Mike Tomlin isn’t?? HAHAHAHAHHAHAHA
It’s so funny that a site line PFF that says they use analytics and is soooooo biased pic.twitter.com/qeb07leGj4

Tomlin Not The Only Name Has People Upset

While the lack of Tomlin on the list is what’s drawn the most ire, it’s far from the only thing people seem unhappy about.

Our friends at @PFF put out a detailed, analytical list of their Top 10 NFL coaches based on multiple data points.

The guys weren't having it. pic.twitter.com/AGerWkqg5X

No Sean McVay??? No Zac Taylor??? This list is trash. McCarthy shouldn’t be up here https://t.co/p75corhuPR

Pro Football Focus has garnered plenty of praise since the analytics-based website was purchased taken over by Hall of Fame wide receiver Cris Collinsworth in 2014. This list, however, doesn’t appear to be making any new fans.