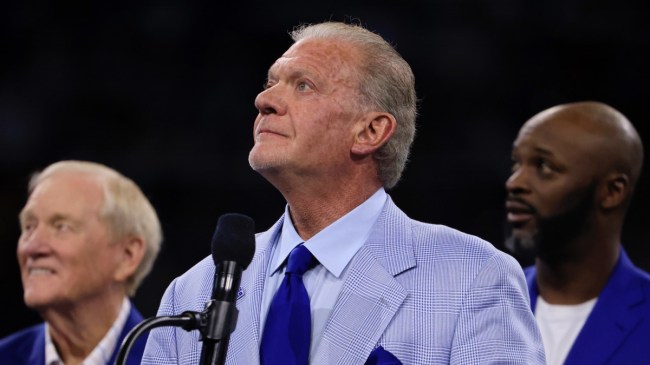 It was a whirlwind day in Indianapolis. A day that started with them firing coach Frank Reich after a dismal 3-5-1 start was finished with a complete shock. The Colts hired former Indianapolis center Jeff Saturday to be their interim head coach.

Of course, this is a horrific hire. Saturday’s only coaching experience is as a high school coach at Hebron Christian in Georgia. There, he went 20-16 in three years. And, somehow that was enough for Colts’ owner Jim Irsay to hand him the keys to a team that could conceivably still make the playoffs.

People were pissed about this, as it seemed like a crazy hire. The team has two former head coaches on staff and there are plenty of minority candidates, too. But, they handed it to a guy who has never even been a position coach in the NFL.

By all accounts, Jeff Saturday is a very nice, capable person, and I hope he does well in Indianapolis.

This hiring is also a reminder that the arbitrary experience roadblocks put out in front of minority candidates are nonsense.

Jeff Saturday says he asked Jim Irsay "Why am I a candidate for this?"

This press conference is pure gold.

And, now, it’s coming out that many are upset with the way this situation has been handled.

Texts from some NFL ppl during that #Colts presser included words like “mockery,” “insanity” and “chaos.”

This is understandable, as the entire situation is a terrible look for the league that more or less protects itself from accusations of racial bias in coaching by saying it is a meritocracy for these positions. Now, interim roles are not subject to the Rooney Rule, which requires teams to interview minority candidates for major job openings. But, it still doesn’t look good to hire someone with zero real coaching experience.

We will see how this plays out as the Colts take on The Raiders in Las Vegas on Sunday.