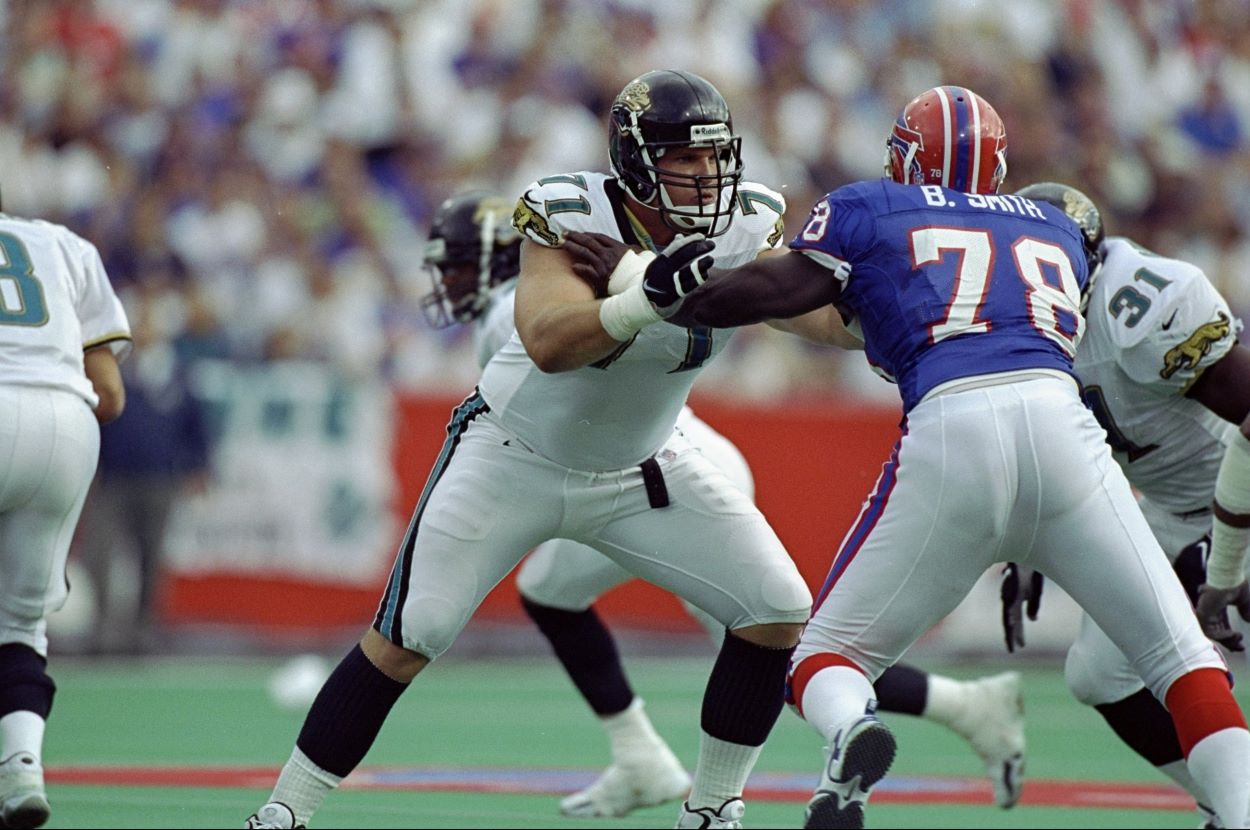 When Bruce Smith talks about football, everyone should stop and listen.

Smith is an 11-time NFL Pro Bowler. He’s an eight-time first-team All-Pro selection and a two-time NFL Defensive Player of the Year.

On Tuesday, the Buffalo Bills great made headlines for a completely different reason. Smith went to incredible levels of pettiness. He dedicated a fifth of his Instagram feed to go after former Jacksonville Jaguars offensive tackle Tony Boselli. Smith feels Boselli doesn’t belong in the NFL Hall of FAME.

Boselli and Smith Have A Great History

Smith’s gripe seems to come from one source. The argument for Boselli’s inclusion has recently circulated around a 1996 AFC Wild Card Game where Boselli shut down Smith and the Jags upset the Bills, 30-27.

Bruce Smith spent 19 seasons in the league and 25 years later he is so salty that he dedicated a fifth of his Instagram to Hall of Famer and @Jaguars legend @TonyBoselli. Incredible. pic.twitter.com/xOOoqB96rm

Smith said that the following in his lengthy, two-page explanation for why the game shouldn’t factor in to Boselli’s candidacy:

“A large part of the campaign to promote Tony Boselli into the Hall of Fame seems to hyper focus on a single successful performance he had against me in a 1996 playoff game. On the one hand, I’m quite flattered to be considered the gold standard by which another player’s game can be measured to determine his qualification into the HOF. But on a more serious level, I and other HOFers believe it sets a horrible precedent to negatively zero in on a standing member of the Hall’s play in order to validate the candidacy of a nominee.”

The NFL HOFer Thinks The Argument Is “Underhanded”

Smith then went on to call the use of the game to lift up Boselli’s case “underhanded tactics.”

“…Resorting to underhanded tactics, like targeting a HOFer and hyping a one game matchup to bolster a nominee’s merit as some of Tony’s supporters have done, undermines the integrity of the Hall’s election process. It also invites otherwise unnecessary commentary and scrutiny around that candidate’s worthiness of becoming a member of the HOF.”

Bruce Smith got abused by Tony Boselli. Now he’s taking shots? Class act. PS — he didn’t even shake Boselli’s hand after being dominated and wouldn’t comment on that game for years.

Bruce Smith when he faced the Jaguars and now Jags Twitter pic.twitter.com/ilMT7wR20X

.Smith’s pettiness is impressive. We should all hope to hold a grudge at a Hall of Fame Level. Maybe just leave it off of Instagram.