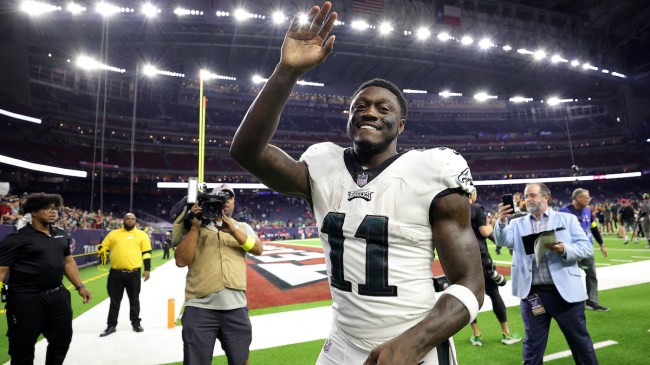 The Tennessee Titans lost 20-17 in overtime on Sunday to the Kansas City Chiefs without completing a pass to a wide receiver and no one seemed to enjoy it more than Philadelphia Eagles’ AJ Brown.

While the Titans were up at halftime thanks to a pair of touchdowns from star running back Derrick Henry, it wasn’t enough to overcome rookie quarterback Malik Willis’ struggles in the air. He started in place of the injured Ryan Tannehill, but it was more of the same from the Titans’ wide receivers.

Despite acquiring Robert Woods from the Los Angeles Rams this past off-season, the Titans have seen little production at the position. Titans’ wide receivers have one touchdown total after Sunday’s loss, which Woods scored back in Week 4 against the Indianapolis Colts.

In comparison, Brown has been on a tear since the Titans traded him to the Eagles. Through eight games, he has six total touchdowns and more yards than all the Titans receivers combined.

.@1kalwaysopen_ was the Leo meme in real life pic.twitter.com/bvSjw0dwoF

Even Brown was surprised by the stark difference in production and gave a hilarious reaction in a since-deleted tweet. 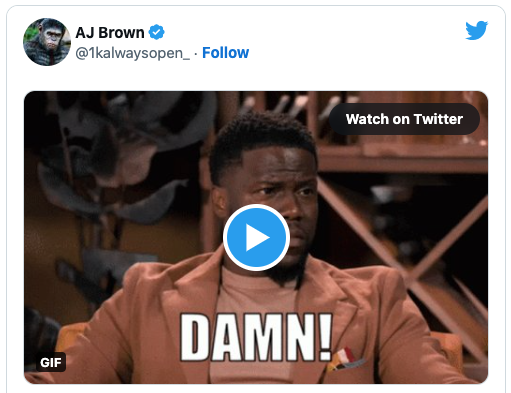 With the Titans’ offense sputtering in the second half, Brown kept poking fun at his former team on Twitter. He found it quite amusing that Willis struggled to find any open receivers throughout the game.

The Titans still had an opportunity to win the game in overtime after the Chiefs scored a field goal. Unfortunately, Willis was sacked on back-to-back plays to end the game. Nobody could get open once again and Brown noticed.

Brown has since deleted the tweets so perhaps he’s showing some remorse for kicking the Titans’ receivers while they’re down. After nine weeks, they have the fewest receiving yards and fewest touchdowns in the NFL.

It’s not all bad news for the Titans though. They retained hold of the AFC South despite losing on Sunday. However, they’ll need someone to replace Brown as a true WR1 if they want any chance of making a deep playoff run this season.