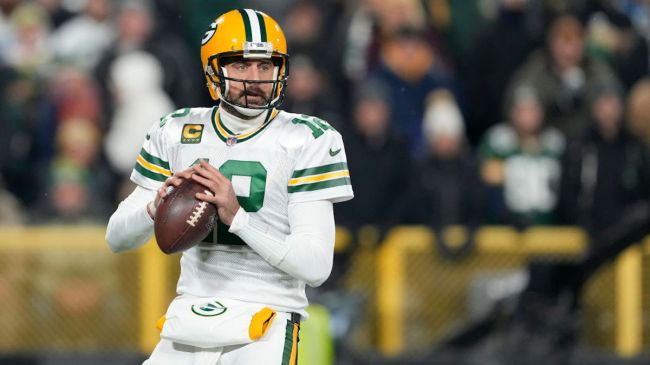 Green Bay Packers quarterback Aaron Rodgers has not lived up to expectations this season. Whether it’s due to the departure of Davante Adams, mistakes from the offense, or simply Father Time catching up, the back-to-back NFL MVP just hasn’t looked like himself.

Despite all the struggles, there was optimism for the Packers after a spectacular OT win over the Dallas Cowboys in Week 10. But then they took a step back in Week 11 with a loss to the Tennessee Titans.

Rodgers finished 24-for-39 with 227 yards and 2 touchdowns. However, he also took responsibility for his costly errant throws. During a post-game interview, he specifically cited an inability to consistently grip the football which led to increased concern about his lingering thumb issue.

On Wednesday, Rodgers offered some clarity and confirmed that he had been playing with a broken thumb ever since Week 5.

Aaron Rodgers confirmed today his right thumb has been broken since Week 5, when the injury happened on the last play in London.

Here he is talking about it for a bit. Surgery has never been a thought and it won’t be after the season, either, he said. pic.twitter.com/FbbMOkXYtc

Rodgers initially injured his thumb back in Week 5 when the Packers lost to the New York Giants in London. It’s been included on the team’s injury report each week, but details hadn’t been offered until now.

The Packers quarterback also told reporters that surgery wasn’t a consideration. He’s played in all six games since breaking his thumb, so it would appear that it’s not too severe.

“I think I’ve had worse injuries I’ve played with,” said Rodgers. “So, definitely a challenge, but the days off help. [I’m] feeling better this week.”

It’s worth noting the Packers have gone 1-5 since Week 5. So whether Rodgers believes the injury is impacting his performance or not, it clearly hasn’t helped.

It would appear that Rodgers will continue playing through the injury. However, a loss to the Philadelphia Eagles on Sunday will likely end any playoff hopes for the Packers.

Head coach Matt LaFleur will have an interesting choice to make if that becomes the case. Perhaps Jordan Love will start seeing more reps.