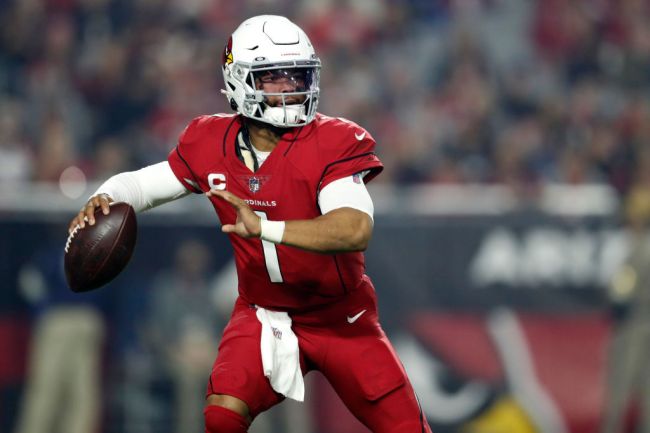 If Kyler Murray’s commitment to football wasn’t already in question, a new statistical analysis from Reddit has stirred up the conversation once again.

In late July, the Arizona Cardinals quarterback became the center of attention when his new contract was revealed to include a rather unusual clause. The addendum required Murray to complete “four hours of independent study” each week.

Film study is already expected of an NFL quarterback, so the Cardinals’ decision to put it directly in writing left fans confused. Perhaps this was an underlying issue that was just coming to light. But Murray clapped back, calling the disrespect “almost a joke,” and the team later removed the clause. Case closed right? Wrong!

On Tuesday, statistical analysis from Reddit user u/NegativeBee discovered what very well could be the Cardinals’ reason for including such an unusual clause in Murrary’s contract—Call of Duty.

A statistical analysis of NFL Quarterback Kyler Murray's performance shows that he plays worse when there's active Double XP weekends happening in Call of Duty. There were rumors stating that they he played a lot of Call of Duty, even during the season. https://t.co/47sI8lwN8u pic.twitter.com/PcBMs33RcY

Fans weren’t surprised by Kyler Murray’s interests outside of football. After all, the Oakland A’s drafted him 9th overall. What was surprising was his staggering dropoff in production during CoD’s promotional weekends.

The Cardinals star quarterback is a known gamer, having joined popular Esports organization Faze Clan back in 2020. It appears his love for the game (video games, not football) is still unwavering.

During 2XP or 3XP weekends, the analysis found a decline in Murrary’s passer rating, passing yards, completion percentage, AND win-loss record. It’s not the only time of concern for the Arizona Cardinals either.

It appears the release of new Call of Duty titles also has an effect on Murray’s performance. Once again, it’s less than flattering with his fantasy production dropping a significant 22.7%. It’s not exactly what you’d call a playoff push.

NFL Fans Reacts To Kyler Murray and Call of Duty

The findings very well could just be a coincidence, but the numbers are hard to deny. With Kyler Murray’s work ethic already in question, fans couldn’t help but continue roasting him to a crisp.

Kyler Murray getting escorted off of Xbox and brought to practice pic.twitter.com/kvEA9UXUTS

By all means DO NOT let @K1 see this

All eyes will be on Kyler Murray when the next Call of Duty releases on October 28.

Kyle Shanahan might want to keep this info to himself next time. https://t.co/vLu2TU7uSn

With the Arizona Cardinals scheduled to play the Minnesota Vikings just two days later, fans will be watching closely to see whether Murray’s production takes a hit.