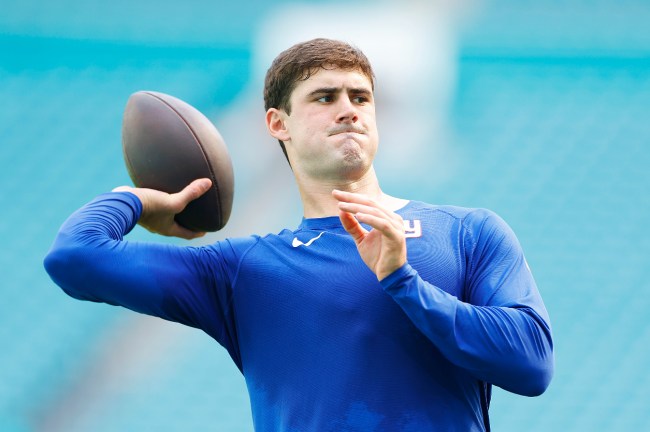 A couple of weeks ago, Miami Dolphins quarterback Tua Tagovailoa got ripped apart for under-throwing Tyreek Hill on a pass during practice. This time, New York Giants quarterback Daniel Jones got torn to pieces for a wobbly, unimpressive video posted during Giants practice.

With Jones likely facing one more season before the Giants move on and find a different signal-caller, everything will be under the microscope — and this throw might not help his case too much.

The caption says “Danny DARTS,” but further examination shows that the throw by Danny Dimes wasn’t exactly a dime or a dart.

NFL fans and Giants fans quickly jumped all over Jones, and what else is new?

Daniel Jones gets rejected by fans online after a wobbly toss

Of course, Jones has not done himself any favors since being drafted by the Giants at No. 6 in the 2019 NFL Draft. There are plenty of reasons to be out on Jones, yet this video clearly shows that his throw wasn’t good.

We are genuinely not impressed 😹

It isn’t looking very good for Jones, and he has a long way to go to impress the fans in New York and earn another contract after his rookie deal expires.

It’s one throw at the end of May, so don’t panic just yet. But, the early return of investment on Jones has not been what the Giants are expecting, and perhaps Tyrod Taylor is smiling in the background.