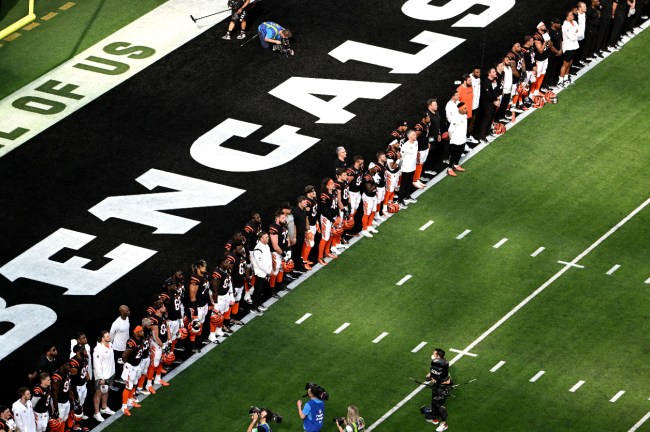 Both of those went over well with the fans. But, the best of all of them (at least up until now) is courtesy of the Cincinnati Bengals.

The Bengals announced what everybody was waiting for — white uniforms.

Here’s the official video release from the team.

White Bengal. There you have it.

Obviously, these went over well with the fans. For the most part, that is.

This is def the coolest alternate design I’ve seen for any team https://t.co/9tbjRGm8Xy

*applauds in Sigfried and Roy* https://t.co/VbQhsHm46f

The Bengals really got the best Jerseys and Helmets this are beautiful https://t.co/UyWtOXv50f

Think we are all in agreement THESE white helmets are 🔥 https://t.co/3YG7F2oXaq

These new uniforms are glorious and have been a long time coming. But, even though most of the fans love this new pairing, the zebra jokes were too easy to pass up.

What a mistake. They will look like zebras. The Rams provided a blueprint of what not to do. The Bengals missed the memo I guess.

The Bengal tiger is not all white with black stripes. The standard Bengals helmet is more representative of the Bengal tiger.
Loony tunes.
Cincinatti should change their name to the Zebras if they want to wear this helmet.#Bengals #Browns #NFL

This will be the first time in franchise history that the Bengals will wear something other than those orange helmets. And this is all thanks to the new rule by the NFL. That’s why we have also seen other teams sport new helmets this upcoming season.

Watching Joe Burrow throw passes to JaMarr Chase in these new uniforms will be quite the scene.