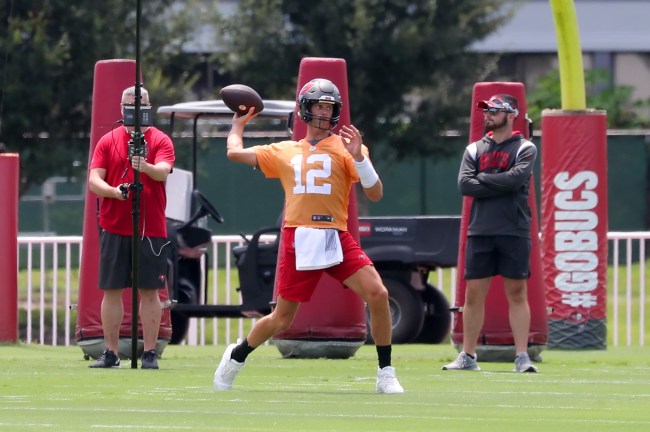 The final week of NFL preseason is approaching. With that being said, the majority of the league is going to be finding a way to trim their rosters down to that 53-man number.

Many starters won’t play this weekend, as expected, and we have already seen a number of unfortunate injuries take place, including New York Jets QB Zach Wilson.

However, the Tampa Bay Buccaneers don’t seem to care about that one bit. According to Ari Meirov of Pro Football Focus, Tom Brady and some other starters will see playing time this weekend for the preseason finale.

#Bucs HC Todd Bowles told reporters that QB Tom Brady and the rest of their healthy players will play in their final preseason game on Saturday vs. the #Colts.

That comes as a surprise, especially with the Buccaneers bringing back a lot of starters from last year’s team. However, new head coach Todd Bowles might want to see them get a little live-action before the season begins.

Fans are definitely questioning this decision by Bowles.

Why would you waste Tom Brady on a meaningless preseason game and risk potential injury? https://t.co/kNB6f74CwW pic.twitter.com/9i0P6Oe1gb

I hope it isn’t for more than a couple drives. I think health is more important than preseason reps for this group. https://t.co/DBlkrSwnms

Oh no, Oh no. https://t.co/WYoQhXLSUq

With a battered offensive line, this is even more puzzling. On the other hand, Brady has been away from the team for a while, and maybe Bowles just wants to knock off a little rust.

The Buccaneers play the Indianapolis Colts on Saturday on the road, so tune in and watch the starters to get some run for one of the favorites this season.