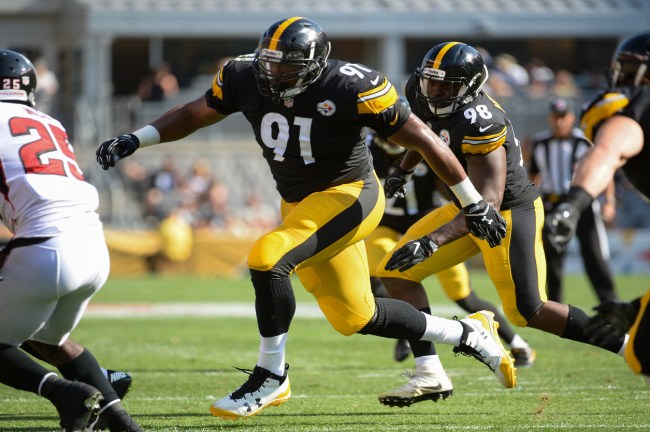 The longevity of NFL players continues to shrink. On June 1, Pittsburgh Steelers defensive lineman Stephon Tuitt announced his retirement from the NFL after eight seasons.

Tuitt played college football at Notre Dame and was a second-round draft choice for the Steelers back in 2014 and was a key contributor for Pittsburgh.

Tuitt’s career ends with 91 games, 246 tackles, 34.5 sacks and one interception. Tuitt sat out the entire 2021 campaign after the death of his brother, Richard Bartlett.

The announcement of Tuitt’s retirement is a surprise for a lot of people, and it comes shortly after captain Cam Hayward expressed some hope that Tuitt would play in 2022.

I don't know if there was a sudden change of heart or what, but last week Tyson Alualu and Cam Heyward seemed VERY convinced that Stephon Tuitt was returning to the team for this season.

Nonetheless, a stellar career comes to an early end for Tuitt at the age of 29.

NFL world reacts to the sudden retirement of Stephon Tuitt

It sure seemed like Tuitt had some more years left in him. He played in 14 or more games in five seasons and was a starter for the Steelers.

The fans and media gave Tuitt a massive send-off on social media, and his presence on the defensive line will surely be missed in Pittsburgh.

Wow, didn’t see that coming even though it was rumored. Hoping all the best for this man. Wish he was still a part of the team but he’ll be successful at anything in life.

I am sure this was a difficult decision for Mr. Tuitt. I wish him the best in the next chapter of his life. Follow where God leads you Stephon!

Thank you Stephon, wish you all the best in your future endeavors. Steelers Nation will always love you. #Steelers

Can’t blame him at all. Thanks for everything tuitt 😭 enjoy retirement❤️

Much love to you, Stephon. Enjoy your retirement. Congrats on getting your degree. Best of luck in all future endeavors. https://t.co/AZD3iQzZ9A

Major respect to Stephon Tuitt to make this decision on his own terms. https://t.co/kQ64FxmUPG