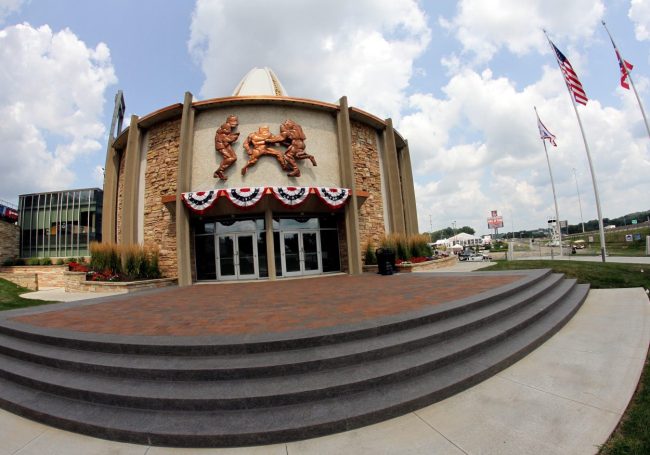 Well, sort of. The start of the NFL preseason begins Thursday night with the annual Pro Football Hall of Fame Game. This year’s game will feature the Jacksonville Jaguars and the Las Vegas Raiders. The Jags will be represented in Canton for the first time in history when Tony Boselli is enshrined in the 2022 class. The former superstar offensive tackle goes in despite protests from former Buffalo Bills rival Bruce Smith. Boselli’s induction also comes shortly after the passing of his father, which he told a beautiful story about on a recent podcast episode.

As for the Raiders, they’ll be represented by lightning fast wide receiver Cliff Branch. Branch is finally getting his flowers after 32 years of Hall of Fame eligibility. The former track star helped the Raiders to three Super Bowls rings (XI, XV and XVIII). He was selected to four Pro Bowls and named to three All-Pro teams. In 1974, Branch led the league with 1,092 receiving yards and 13 touchdowns.

While fans of both franchises are undoubtedly excited to see their former stars get the praise they deserve, more than anything they’re just excited to have football. And that extends beyond just fans of Jacksonville and Las Vegas. All across Twitter, football fans rejoiced over the return to the gridiron.

the thing about football is, it's back

I knows it’s just the Hall of Fame game but FOOTBALL is back starting tonight! LFG! pic.twitter.com/1G4DtHzfHK

Good Morning, #RaiderNation
Pre Season Or Not,
Football Is Back😤 pic.twitter.com/PjUO7LqNvO

Do I have any interest in Preseason Raiders Vs Jags? Absolutely not. Will I watch Every. Single. Second. Of coverage this evening, likely including highlights?? Bet your ass I will. We’re back, baby! Football is back! LFG.

For Raiders fans, it’s a first chance to see Pro Bowl wide receiver Davante Adams in silver and black. While Jags fans will have to wait to watch Trevor Lawrence and Travis Etienne. Neither is expected to play in Thursday’s contest.

Jags. Raiders. Backups. Can you feel the energy?!