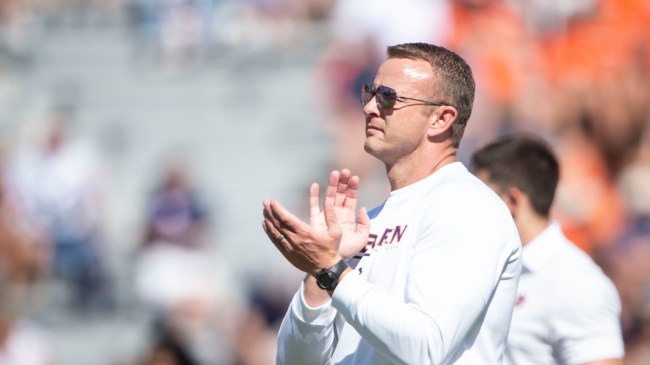 It’s already been a busy coaching carousel in college football. Nebraska coach Scott Frost, Arizona State coach Herm Edwards and Georgia Tech Geoff Collins have not even survived the month of September. With the stakes higher than ever in college football, teams are ready to move on from coaches very quickly.

Those won’t be the only coaches fired before the end of the season, as rumors are always out there. And, with rumors comes betting odds.

Odds Shark has released odds on who they think will be the next coach fired.

Who will be the next College Football coach fired?

There are some obvious ones here. Bryan Harsin’s seat at Auburn is hot enough to solve the European fuel crisis. Karl Dorrell’s seat is only slightly less hot and that’s just because nobody really cares about Colorado football.

But, there are some shockers on here. For one, I think David Shaw’s job is very safe. Yes, the schedule is brutal. But Shaw is thought of highly in the business and he buys into all the restrictions that being the head football coach at Stanford comes with. I can’t see him being the next coach fired. Maybe he could get let go at the end of the year if the wheels come all the way off, but someone else is getting fired first.

The other one that is shocking is Steve Sarkisian. I get that Texas fans are notoriously impatient. But, the 2nd-year coach just lost to Alabama by a point in a game in which his star quarterback Quinn Ewers left. And, their loss to Texas Tech was also a game that Ewers missed. Plus, he secured the commitment of top prospect Arch Manning earlier in the year, and Texas is going to let him coach Arch.

It will be interesting to see who is indeed the next coach fired. My bet is on Bryan Harsin after Auburn loses to LSU.