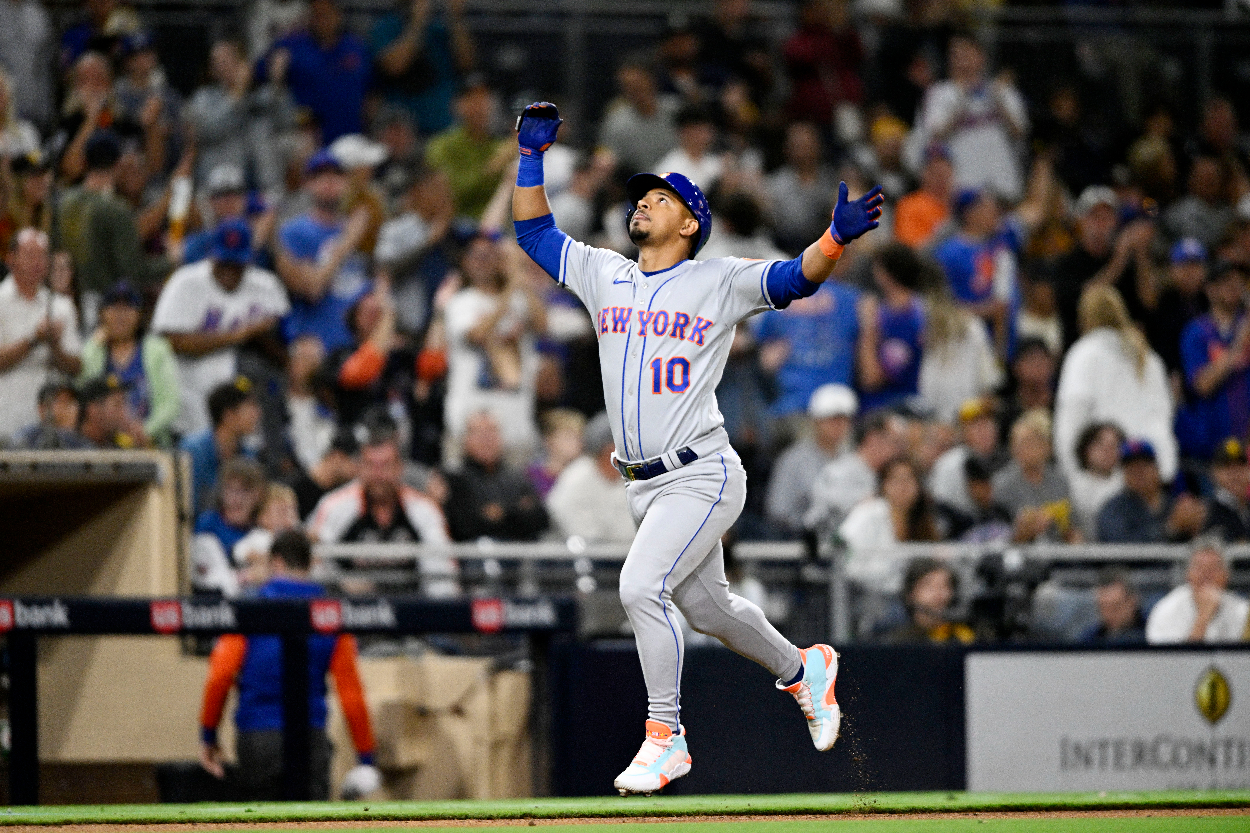 It’s a pretty good damn good time to be a fan of the New York Mets’.

In the offseason, team owner Steve Cohen and second-year GM Billy Epler made some significant changes to the face of the organization, including bringing in big names such as Escobar, Max Scherzer and new manager Buck Showalter.

Those moves appear to paying on.

Escobar, a 2021 MLB All-Star with the Arizonda Diamondbacks, hit a home run in the eighth inning of an 11-5 victory over the San Diego Padres before tripling in the ninth to complete the cycle. He became just the 11th player in franchise player to complete the feat.

Another day, another special moment in what is looking more and more like a special season for this team. In (likely) his final AB of the night, Eduardo Escobar triples to complete the cycle. The first cycle for a Met since 2012.pic.twitter.com/0vtLrQboyb

You’ve got to hand it to Escobar, who is struggling this season and hitting just .241 with five home runs on the year. He stated in a postgame interview that he was aware he needed a triple and that he would try for third on any hit he got in the ninth.

Eduardo Escobar said he knew when he dug into the box for that ninth-inning at-bat that he was a triple away from the cycle, so he joked that if he connected for a hit, no matter where it landed, he was going to run to third base.https://t.co/bNAm6P99nU

Escobar’s cycle is just the latest twist in what has been a remarkable start to the season for the Metropolitans and their fans. New York currently sits atop both the NL East and the National League as a whole at 38-19. The Mets have won eight of their last 10 games. The lone losses came in a road split of four-game series with the LA Dodgers.  New York has done much of this without star pitchers Jacob DeGrom and Max Scherzer. Both of whom have been on the injured list for much of the year. They’ve combined for just eight starts.

Right now, it’s impossible to look at the Mets and not see a team that could well be a World Series contender. With that in mind, it’s easy to see why New York fans are just a little bit excited.

My wife and I are in the hospital room because she’s being induced. I had been joking about the TVs having SNY; turns out, they actually do.

So the Mets game is on while we wait for my daughter to get here #LGM pic.twitter.com/oxmGVR31Qh

3 dub in a row on this west coast trip #LGM pic.twitter.com/P3iN7gIEnw

Eddy Escobar made HISTORY last night as the Amazins won their 3rd straight game, this time 11-5 vs SD

They look for the series victory today with Walker on the mound, and are just ONE win away from 20G above .500 🤩 #LGM pic.twitter.com/SKnUCTi4uQ

Coffee tastes better this morning, the sun is shining brighter and the Padres have no idea what happened last night #LGM