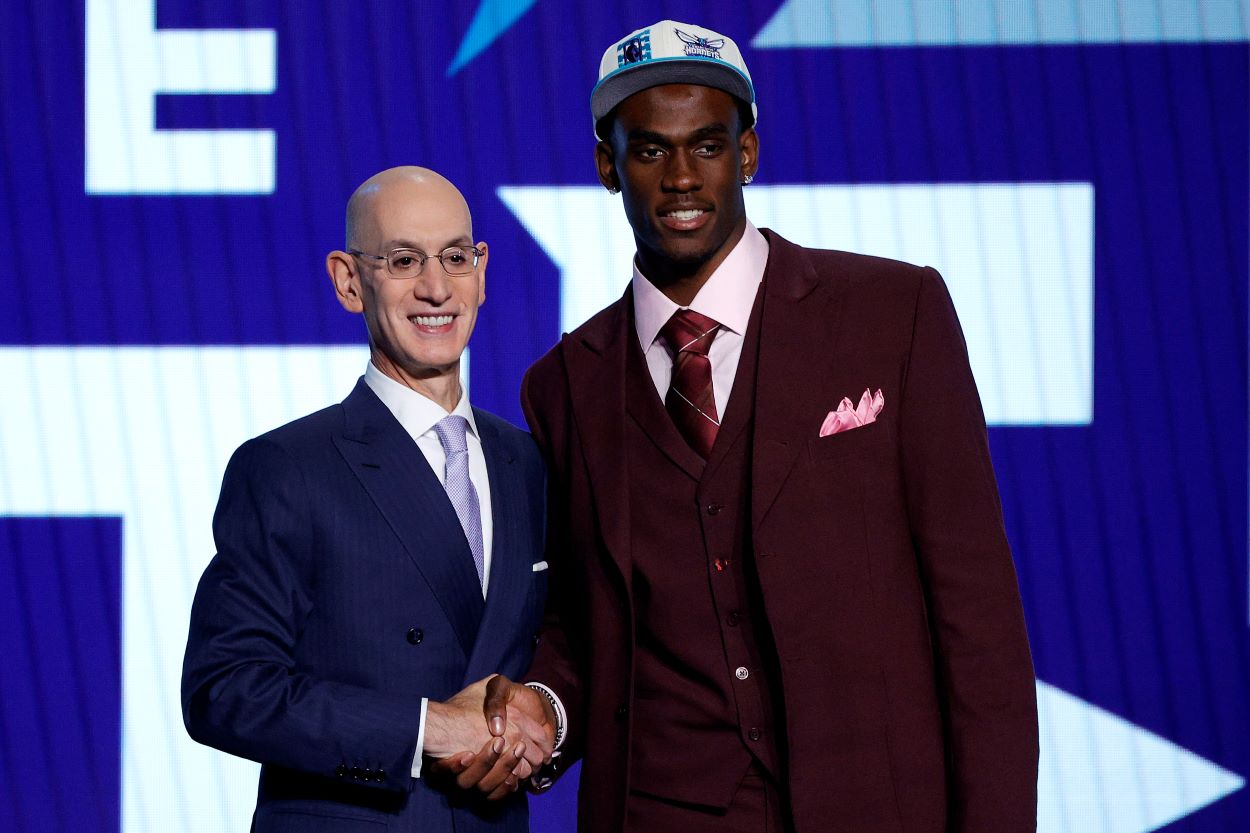 What are the New York Knicks doing?!

No, actually, what are they doing.

The Knicks had basketball Twitter absolutely baffled Thursday night during the NBA Draft.

The confusion began when New York traded away the No. 11 overall pick, France’s Ousmane Dieng, to the Oklahoma City Thunder.

Many assumed the Knicks would receive Oklahoma City’s No. 12 overall pick as part of the deal. Instead, New York received a package of future picks that has yet to be disclosed.

But that was just the start of the confusion.

The Charlotte Hornets then used picked No. 13 to take Memphis big man Jalen Duren. Though Duren was quickly on the move. Reports first broke that Duren was headed to New York City, which would be an odd fit alongside Mitchell Robinson.

The Pistons are acquiring Jalen Duren at No. 13 in a trade, source tells ESPN.

Fans quickly deciphered that it must be a three-team trade. The Knicks appear to have acquired Duren before shipping him to Detroit alongside NBA All-Star guard Kemba Walker went out the door with him. The Pistons reportedly plan on buying out Walker.

The Pistons are sending the Hornets the 2025 first-round pick via Milwaukee in the Duren trade, sources tell ESPN. Detroit got that pick from Portland in the Jerami Grant deal yesterday.

Kemba Walker and the Pistons are expected to discuss a contract buyout that will allow him to become a free agent, sources tell ESPN. Walker landed with Detroit as part of three-way trade with Charlotte and New York.

So Detroit landed Duren. The Hornets netted a 2025 pick (that will likely be lower than No. 13 overall), and the Knicks got…nothing?

stop the draft. no picks until we figure out what is happening with the jalen duren trade.

Did the Knicks just….dump an expiring contract and Jalen duren for NOTHING?

That’s an impressive move, even for the Knicks. Somebody make it all make sense.