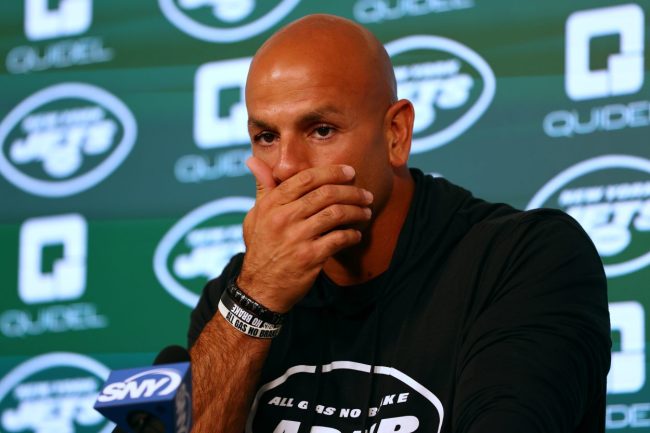 The 2022 NFL offseason has been absolutely bananas for the New York Jets. Most of that has had to do with second-year quarterback Zach Wilson and rumors surrounding some, erm, interesting escapades.

But Wilson isn’t the only one.

First-round pick Ahmad “Sauce” Gardner spent an absolutely insane amount of money to secure his favorite number. Second-round pick Breece Hall took months to agree on a contract with the team. And despite all that, some are still betting on the Jets, who haven’t made the playoffs in years, to win the Super Bowl.

Just when it appeared as if things were settling down, New York is back in the spotlight on Friday. This time, it’s the team’s own doing, and fans aren’t happy about it.

After the rival New York Giants and the Dallas Cowboys both revealed stunning throwback jerseys, Jets fans had high hopes for their alternate look. Most New York fans were hoping the organization would bring back the team’s old lettered helmets.

Instead, New York opted to go in a different direction.

The new “Stealth Black” look does have lettered helmets, but it’s definitely the throwback that fans were hoping for. In fact, the Jets received similar blowback to the Philadelphia Eagles, who made significant changes to their iconic logo earlier this summer.

This is me watching the #Jets not bringing back the 80's uniforms…. https://t.co/jY2V4LPy34 pic.twitter.com/kuZ8DEpbMu

Give us the Kelly green throwbacks https://t.co/jo6vIfDge7

Jets continue to Jets. What are we doing here? https://t.co/yeF0Ix670T

Though some fans did seem to enjoy the new look.

I know most fans wants Green. But I really love this black helmet https://t.co/HF4t9QwWsc

New York opens the season on Sept. 11 with a tall task, as the Jets play host to the Baltimore Ravens. But if the team can string together some wins, suddenly what they’re wearing will likely matter far less to fans.