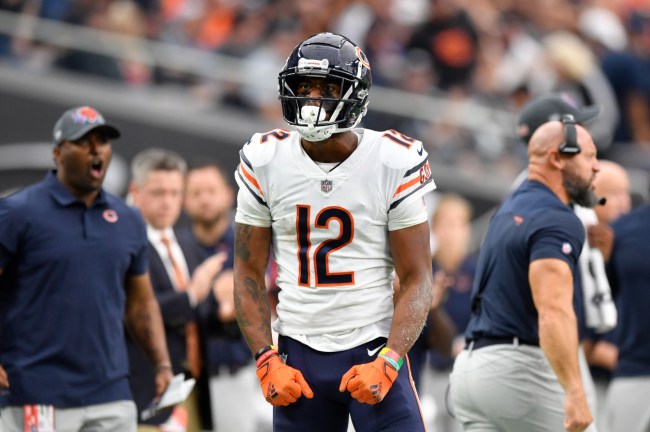 The Los Angeles Rams are riding high after winning the Super Bowl. In 2022, they still have sky-high expectations, and a Super Bowl repeat could very well be in the works.

A ton of their roster is back, although Von Miller left for a massive contract with the Buffalo Bills. The Rams did add some talent and brought in former Chicago Bears WR Allen Robinson II.

The new Robinson and Cooper Kupp duo is exciting, and once Odell Beckham Jr. returns — if he signs with the Rams — this will be a loaded position group.

During training camp, Robinson made fans thrilled with a spectacular catch.

Matthew Stafford to Allen Robinson II should be an impressive sight, and opposing defenses have their hands full.

Oh, a guy that Stafford can force it to and throw up gambles and they can make tough, contested catches??

That right there is why we brought him in. Finally no more Jefferson watching the ball getting intercepted him just watching not trying to get the ball.

Robinson began his career with the Jacksonville Jaguars before going to Chicago, and now he will play with the best QB and offense in his career. In 2021, Robinson posted just 410 yards on 38 catches and one score — which are all career-lows. However, the Bears offense was a disaster, and Robinson played in just 12 games.

This is a new start.