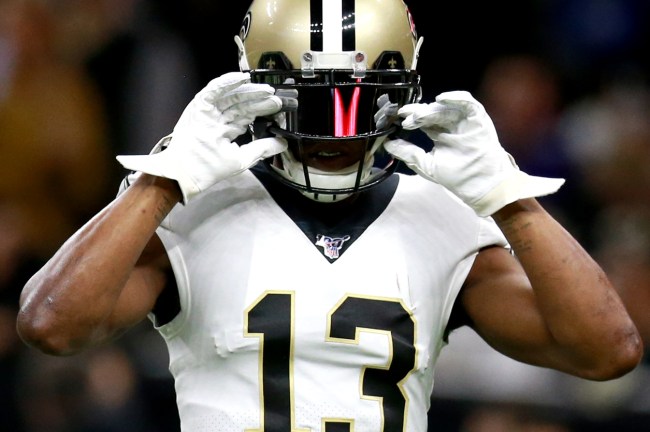 The New Orleans Saints have been waiting far too long for the return of star wide receiver Michael Thomas. The former Ohio State Buckeye missed the entire 2021 season with an injury and played just seven games in 2020.

Then, he began training camp on the PUP list, and everybody questioned whether or not he would return at all. Well, believe it or not, the Saints had a Michael Thomas sighting at training camp on Wednesday.

#Saints WR Michael Thomas was back on the field today running routes and catching passes. He's officially off the PUP list.

A big day in New Orleans.pic.twitter.com/3t8T4cB2CR

Thomas is back on the field, and this is a terrific sight for the Saints and their fans. Despite not playing for an entire season, Thomas still received recognition and landed pretty high on the Madden 23 WR rankings.

Nonetheless, it looks like Michael Thomas is healthy and ready to return in 2022, and Jameis Winston now has his top pass catcher back.

Saints fans — and NFL fans in general — were stunned at this sight.

This is all I needed to make my day better. https://t.co/HIneGaH4u6

WHERE WERE YOU WHEN YOU GOT THE TWEET https://t.co/JgtyRbyxMr

I used to pray for times like this https://t.co/inqfLMPN3k

Thomas made sure to let everybody know on Twitter as well.

It has been a long, frustrating road for Thomas and the Saints, but he looks ready to return for the 2022 campaign. The Saints could stun everybody this season if he can get anywhere close to his 2019 season (149 catches, 1,725 yards, and nine touchdowns).

Yes, this happened: Michael Thomas is BACK.