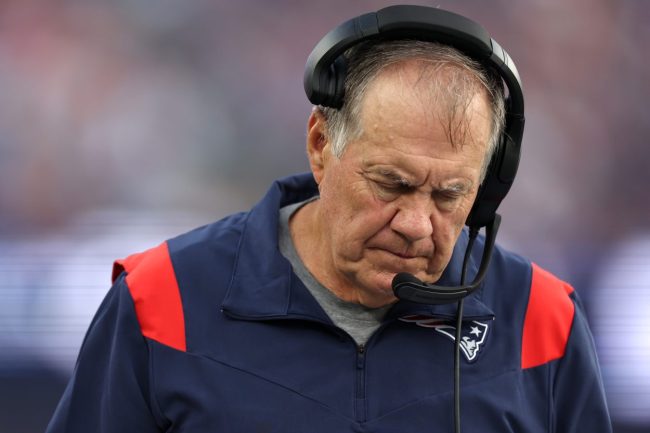 The New England Patriots were the gold standard for NFL franchises over the past two decades or so. Right now, however, things are looking a bit bleak in Foxboro.

Patricia and Judge split play-calling duties in the team’s 23-21 preseason loss to the New York Giants. But Patricia insists the two aren’t in a competition for the job. The split has been rough on second-year quarterback Mac Jones according to reports. Despite that, Belichick didn’t find it necessary to play Jones in the opening preseason game. That decision was roundly criticized.

Just when it appeared that New England was beginning the turns the corner with the regular season fast approaching, this happened at Tuesday’s team practice:

HUGE fight taking place, started with shoving and ended with a lot of punches being thrown. Both fields were cleared. Chaos in Foxboro. pic.twitter.com/BU2YrzEVAE

The Patriots are currently practicing with the Carolina Panthers, who have problems of their own, ahead of their preseason week two meeting on Friday night. In the middle of the practice, the New England offense and Carolina defense appeared to get in a huge, sideline clearing brawl.

That eventually cleared up, but it wasn’t the end.

Another fight! James Ferentz walks out of the pile with his helmet off.

Patriots center James Ferentz was involved in another scuffle that led to his helmet being pulled off.

These sorts of fights are nothing new and happy every preseason. But with a lengthy list of other things to clean up, it’s hard to imagine Belichick is overly happy with his team causing more problems.