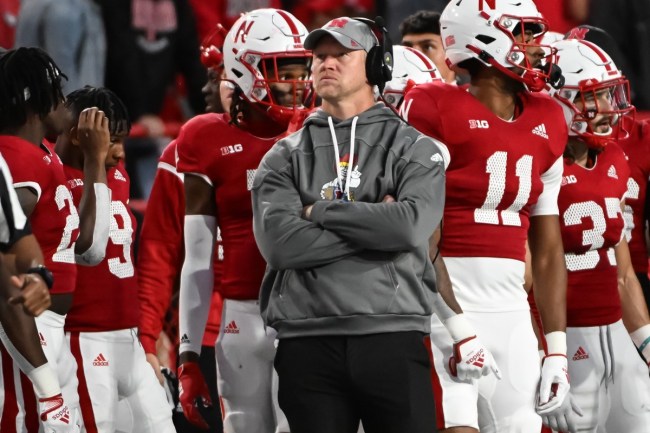 It was supposed to be the perfect hire. Scott Frost had just taken UCF to a 13-0 season and a claimed national title. The former Nebraska national-title-winning quarterback would come home to Lincoln and restore the Cornhuskers to former greatness.

It was not to be. Frost went 16-31 at Nebraska and today, he was fired by Nebraska just weeks before his buyout was reduced by $7.5 million.

Nebraska Fans Are Rejoicing As The College Football World Looks on

Everyone thought this would be the right hire after Bo Pelini couldn’t get over the 9-3 hump. But, it just didn’t work out. Nebraska went 5-22 in close games and lost their last 13 close games. After Saturday’s 45-42 loss to Georgia Southern, there was no waiting for the buyout to be reduced on October 1.

Nebraska was so embarrassed by yesterday they didn’t wait the extra 19 days for Scott Frost’s buyout to drop $7,5000,000.

In case you’re wondering, that’s $394,000 a day for Scott Frost to not coach for the next nineteen days.

One Husker fan, who also must have gone to Purdue, certainly approves

For this Nebraska fan account, it is good riddance.

ITS OVER. THE NIGHTMARE IS OVER

The Cornhuskers have an important decision to make

Nebraska needs to now hire a coach that can get the program back on track.  Some Husker fans have a few coaches in mind.

Heading coaching candidates that aren’t getting enough talk as they should. Real possibilities:

I think these are all great options. But, it remains to be seen if the Huskers can convince anyone of that nature to take their job.

Pete Thamel has names as well. But, once again, can they get any of these guys to come to Lincoln.

I think college football is better when Nebraska is good. That may just be some childhood nostalgia on my part, but I’m rooting for them to get this hire right.