Predictably, Nebraska Somehow Found A Way To Blow Another Game And Scott Frost Is A Dead Man Walking 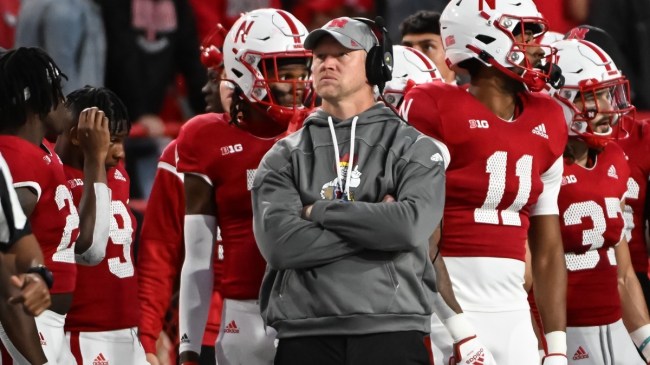 We’ve all heard it before. Nebraska has a late lead and finds a way to lose a game in heartbreaking fashion. It never seems to end for the Huskers. They went 3-9 last year under Scott Frost and lost all nine games by less than 10 points. Frost wasn’t discouraged before this season, though. But, it has continued. They blew a winnable game to Northwestern this year in week zero, before limping to a win over North Dakota, which isn’t even the best football program in North Dakota, in week 1.

FIELD GOAL IS NO GOOD! 😳@GSAthletics_FB TAKES DOWN NEBRASKA 👏👏 pic.twitter.com/SCt74TpGVC

Nebraska is now 1-2, and Scott Frost is about to be unemployed. His buyout notably reduces by $7.5 million on October 1st.

Not sure this is quite how Nebraska football would like to be must-see TV, but if it works? pic.twitter.com/I5J3AeaRh3

We don’t deserve to be put through this every Saturday. Our fans show up for everything, and we’re just so done.

Alex Kirshner brings up a good point. The Huskers have to decide whether $7.5 million is worth this embarrassment

Nebraska has a call to make on the timing. The Frost era is over, whether they fire him tomorrow or in a few weeks. Buyout savings are good if they wait a little, but they also need to signal to their fanbase that they have a pulse, and it’s good to be in the market early

For me, it’s not. Scott Frost should be fired Sunday.