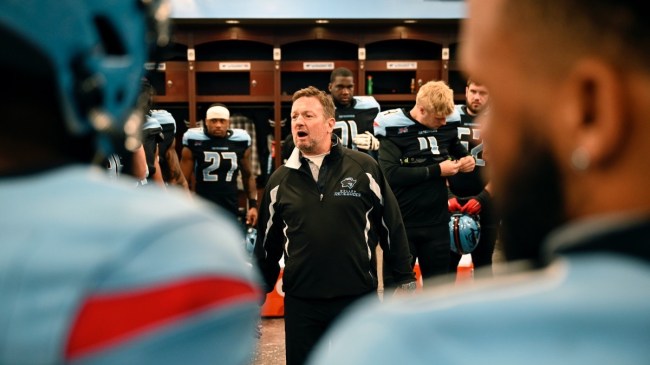 Scott Frost was supposed to be the one to get Nebraska back on top. Frost, who won a national title in 1997 as the starting quarterback in Lincoln, was hired after a 13-0 season at UCF. It seemed to be the perfect hire, but Frost was fired earlier this week after going 16-31.

Naturally, names have started flying around as to who will be the next to coach the Huskers. After all, this was a program that has a serious claim to being the nation’s best from 1970-2000. But, one of the most prestigious names on some lists has ruled himself out of the running.

Bob Stoops was one of the biggest names potentially available for Nebraska. Stoops left Oklahoma in June 2017 due to health issues. But, he served as Oklahoma’s interim coach last year for their bowl win after Lincoln Riley left. He’s also set to coach in the XFL again.

Sadly for Husker fans, he will not be their next head coach.

Bob Stoops – not a candidate at Nebraska. pic.twitter.com/3y0SxAYTnz

That’s a big blow to Nebraska’s search, as he would’ve been a home run hire. Stoops spent most of his coaching career at Florida as an assistant and then at Oklahoma as a head coach. But, he’s an Iowa alum who knows the area and knows the passion that people in the midwest have for their teams. He would’ve added a layer of credibility and juice to the Husker program.

One husker fan on twitter points out that the intense rivalry between Oklahoma and Nebraska from their Big 8 and Big 12 days may have been something too big to overcome for Stoops.

This Nebraska fan is pleased that Stoops does not want the job because he wants Urban Meyer. I’m not sure that is the smartest hire in the world.

Of course, one candidate that is still on the board is Mark Stoops, Bob’s brother. Mark has done a heck of a job at Kentucky and has the program in the top ten. That would be a good hire for the Cornhuskers.

His brother at KY would be high on my list

Hopefully Nebraska can make the right hire this time, because it seems like the program is on life support right now.