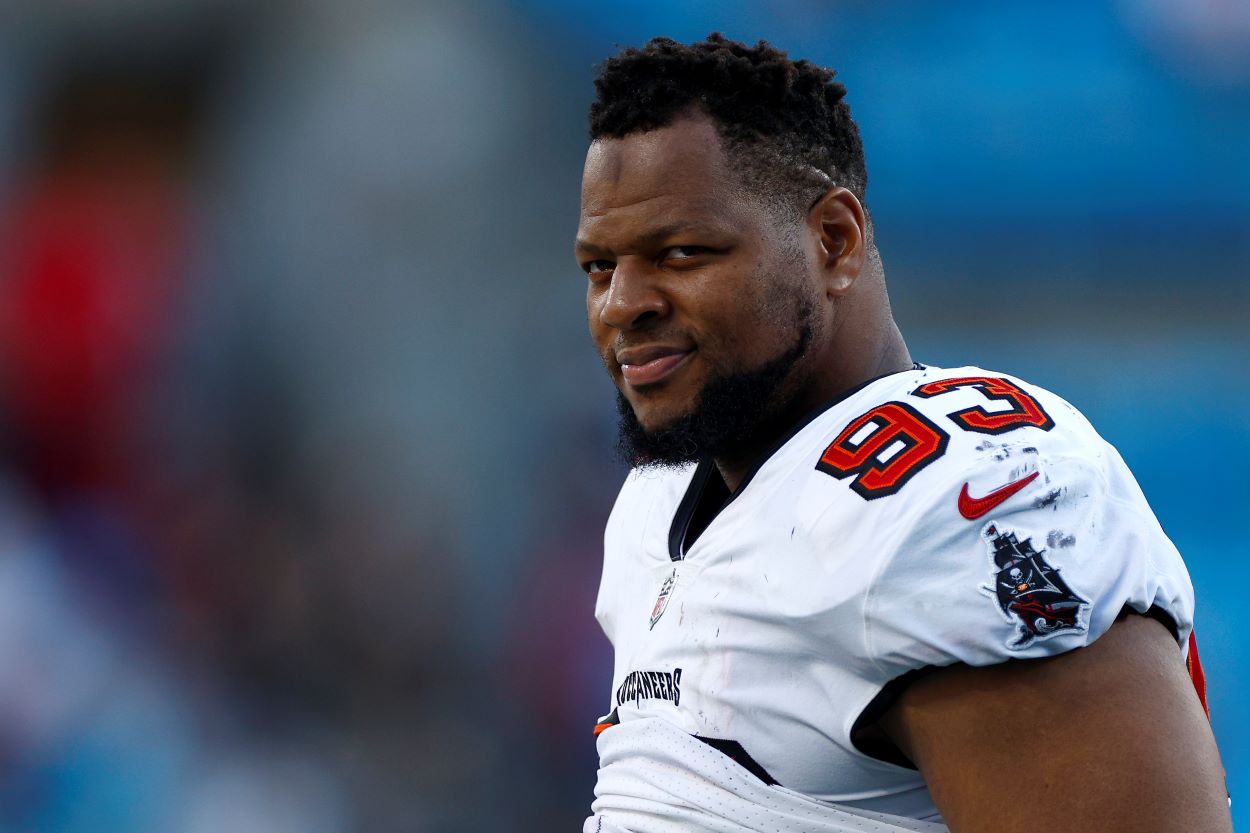 Ndamukong Suh has been a (literally) big part of a Tampa Bay Buccaneers defense that has been among the tops in the league since 2019.

Now it appears that Tampa Bay will have to move on without him. Suh went on ESPN’s NFL Live on Monday and said that his future likely lies elsewhere.

And @NdamukongSuh on ESPN2’s NFL Live, on where he might be in the future: “It looks like the Bucs are out of the picture.”

But Suh did say he would like to continue playing.

While he didn’t give any hints on where he would be playing, he did say that he has no plans on retiring. The five-time Pro Bowler started all 17 games for Tampa in 2021, notching 27 tackles, seven tackles for loss, six sacks and 13 quarterback hits.

The six sacks were tied for 14th among all defensive tackles in the league. So it’s clear he still has some gas left in the tank.

While he didn’t say on NFL Live where he’ll be playing in 2022, Suh gave a pretty big suggestion on Twitter on Tuesday morning.

Raiders could be fun https://t.co/WfZZbWQf9P

Las Vegas fans were all about a potential Suh signing.

Don’t play with my emotions like this sir. https://t.co/8IhxYIuueq

DONT MESS WITH MY EMOTIONS @NdamukongSuh

But seriously, as a @Huskers fan it would be a dream to have you in the Silver and Black@CrosbyMaxx @chanjones55 https://t.co/rCso61pPq8

But fans of other teams weren’t quite as sold.

But Cleveland would be better https://t.co/Eq6gQXxD75

Wild way to spell steelers but im for it https://t.co/HMp0guqPgU

I wouldn't mind if the @nyjets through some money on the table here https://t.co/jYJJFEKfAW

It’s pretty clear that, at least among fans, Ndamukong Suh has plenty of suitors heading into the 2022 NFL season.