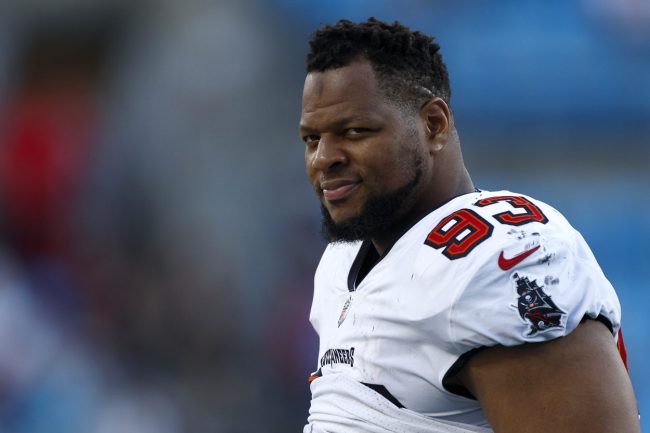 Ndamukong Suh is one of the premier names that still remain on the NFL free agent list. The five-time Pro Bowler is a member of the NFL’s 2010 All-Decade team and last played for the Tampa Bay Buccaneers from 2019-2021.

Suh started all 17 games for the Bucs in 2021, notching 27 tackles, seven tackles for loss, six sacks and 13 quarterback hits. Though he’s since ruled out a return to Tampa Bay and suggested that the Las Vegas Raiders might be an ideal fit for his services.

There seems to be no progress on his future since he dropped that hint. But Suh has spent his recent days focusing on a potential new career as an investor.

These are his takeaways.

I spent the past few days talking to 10 billionaires.

I asked them what's the most important rule for making your first $100m.

All of their answers had one thing in common:

Make sure you're born to wealthy parents with an excellent money manager.

It’s hard to argue with those results! Just take a look at the last team Suh played for and the one he hinted about playing for in the future. Tampa Bay owners Bryan and Joel Glazer were born to billionaire Malcolm Glazer. While Las Vegas raiders owner Mark Davis, a noted lover of chicken wings, is the son of former team owner Al Davis.

If football isn’t the future for Suh, it appears he’s got a pretty good grasp on the idea of economics. For now, however, it appears that he’s staying on the gridiron and has at least one big admirer.

As someone who’s big into economics, Suh has to love the optionality he’s created for himself in the job market.