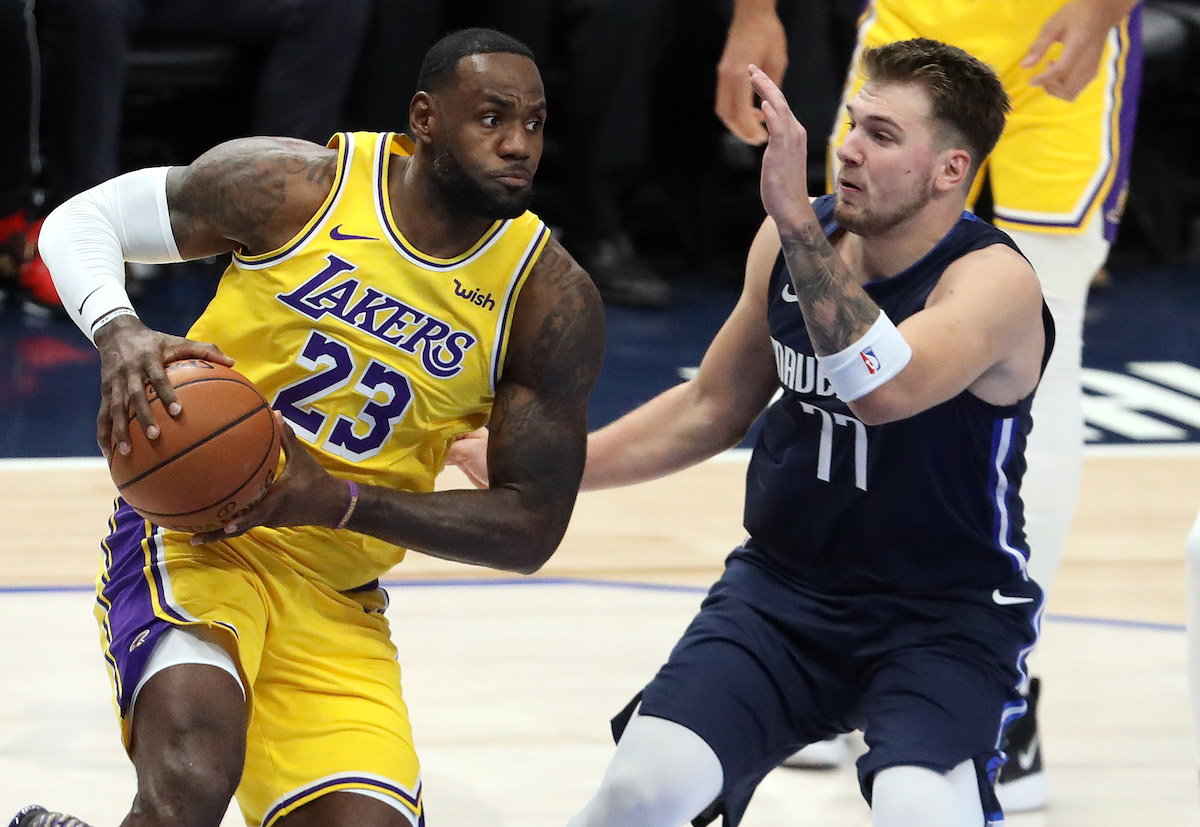 Don’t quite understand all the recent rage for NBA Top Shot? Get with the program, man, because this is the latest spin on trading cards and memorabilia — it just happens to come in a digital form, with the blockchain-based highlights surging as of late.

These digital packs include highlight clips of NBA players, which can then be traded, collected or sold like typical sports cards are. The difference? NBA Top Shot is easily transferable due to its digital makeup.

But why all the intrigue? While there are a few different theories — it’s new, it’s digital, and, like sports cards, memorabilia, fantasy sports and things like online gambling, it creates a serious opportunity to make money — NBA Top Shot is getting lots of interest from those in the cryptocurrency world. With similar technologies, that makes sense. Remember, there’s a reason why Bitcoin stock continues to rise in price.

Could the new blockchain-based highlight formula work in the sports world, too? Early indications reveal that it can, with Top Shot nearing $125 million in sales over a recent 30-day period, per Sports Collectors Daily. For comparison, that outpaced all Crypto collectible markets.

Dapper Labs, which not only produces the digital highlights, but also determines the pricing and quantity of each highlight, was able to score a collaboration between the NBA and its Players’ Association. The company’s CEO, Roham Gharegozlou, recently gave his theory for the early success for NBA Top Shot.

“Collecting NBA Top Shots is a lot of fun – and thanks to the Flow blockchain, your collections are worth real money.

“The NBA Top Shot community is the best I’ve ever worked with: people are always happy to help. We knew that the benefits of blockchain would be obvious to sports fans, they’re already collectors, after all, but to scale to the size of basketball fandom, it had to be on Flow.”

It’s still early in the game for NBA Top Shot, but early signs are positive. And with players and NBA owners like Mark Cuban touting the blockchain-based platform, with the Dallas Mavericks owner describing in his blog the differences between traditional sports cards and memorabilia, this new, recently introduced technology could continue to explode. Here’s what Cuban had to say about it.

“You have all the fun, none of those risks, and the value is still set by the same laws of supply and demand.”

It appears that NBA Top Shots has staying power, with some NBA players even buying and selling their own highlights. And with collectors starting to auction moments on eBay, this current hobby might prove to be more than just a seasonal trend that disappears in a few months.