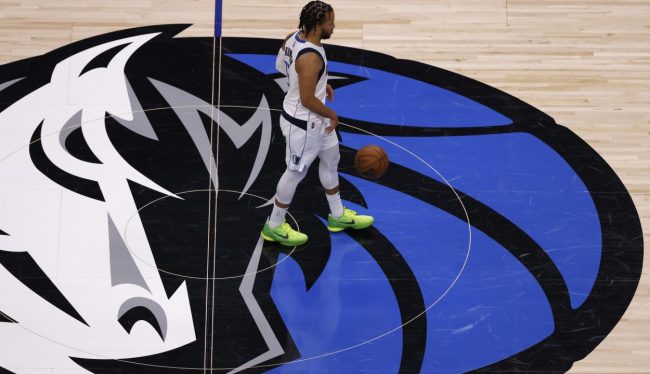 Not so fast, New York Knicks!

It turns out the NBA might just be smarter than your average bear. After reports emerged last week of the league investigating the Philadelphia 76ers over their negotiations with James Harden, many people wondered what it meant for the New York Knicks.

The Knicks, of course, signed big-name free agent point guard Jalen Brunson to a huge four-year deal. The only problem? New York telegraphed its deal way before NBA free agency even began. The Knicks even built their 2022 NBA Draft around acquiring Brunson, which was considered a formality long before he actually signed.

In perhaps the most egregious move of all, New York hired Brunson’s father Rick as an assistant coach at the beginning of June. Brunson’s father was also the first client of Knicks general manager Leon Rose. and Rose negotiated the younger Brunson’s first contratc with the Mavs.

Now it appears the NBA is finally ready to call the Knicks on their moves. Yahoo Sports’ Chris Haynes reported Monday morning that the NBA is beginning an investigation into the Knicks over their acquisition of Brunson.

The investigation comes as no surprise. Many around the league expected New York to be dinged for tampering. But some fans are wondering if the potential punishment would even fit the crime.

As long as you get the contract signed before the tampering complaint gets filed and the investigation opens, the benefits of tampering currently far outweigh the penalties the league administers.

Yep. A second rounder for Lonzo ball told us what we need to know – you’d make the trade anyday

The NBA has attempted to crack down on tampering in recent years but has thus far refused to issue anything more than a fine and a removal of second-round draft picks.

Brunson was an integral piece of a Dallas Mavericks team that reached the Western Conference Finals in 2022.  The Knicks, meanwhile, haven’t won a playoff series in since 2013. Sounds like a deal worth making to us.