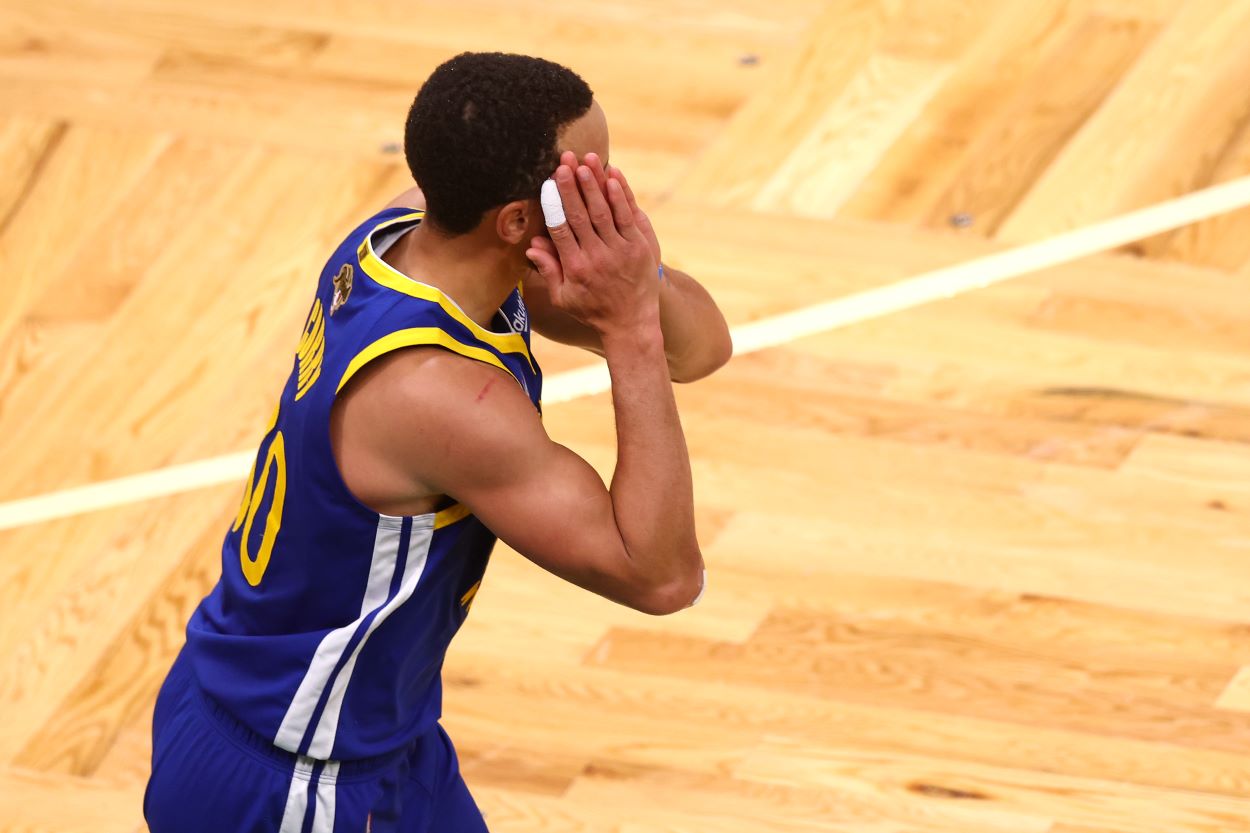 The Golden State Warriors used to play at Oracle Arena.

Now, it appears the Dubs may have an actual oracle in their fan base.

The finals produced a number of great storylines, led by Steph Curr and Andrew Wiggins. But one Twitter user may have just stolen all the headlines.

Back on May 30, before the NBA Finals even began, the Golden State Warriors fan predicted how each game in the series would go.

Little did he know that he (or she?) would perfectly predict the outcome. Let’s go game by game

Game 1: Golden State takes a double-digit lead into the fourth quarter. But then Boston closes strong, led by Al Horford, to take a 120-108 victory go up 1-0 in the series.

Game 2: Following the Game 1 letdown, the Warriors have another lights-out third quarter to take a commanding lead. This time they finish the job, winning 107-88 to even it up.

Game 3: The Celtics do as predicted in the third game. Boston set the tone early and never looked back, leading after all four quarters to win 116-100.

Game 4: The two teams go toe-to-toe. Golden State holds a slender 97-94 lead with under two minutes to go before Steph Curry puts the game on ice, scoring eight of the Warriors’ last 10 points in a 107-97 victory/

Game 5: Boston has a rough shooting night, going 11-of-32 from deep, and Andrew Wiggins also has a game of his career with 26 points and 13 rebounds. Golden State wins 104-94 to put Boston in a do-or-die situation.

Game 6: After the Celtics throw an early haymaker, going up 22-9 in the first quarter. But the Warriors closed the half on a 45-17 run to take a commanding 54-39 lead into half. Boston made a push to get within nine at 74-65 late in the third. Despite that, the Warriors proved to much and snagged a 103-90 win to close out the series as a result.

Every game, almost exactly as they predicted.

The real goat of the series https://t.co/cMjNtnigMY

I'll never attempt to predict anything in this much detail, so I'll never be this correct. https://t.co/SeGCRhDtPU

Are you from the future? haha @warriors #NBAFinals Champs https://t.co/xwFNTXDNyc

What in the juj is this…
Spot on una https://t.co/v7yZhaBryb

Many wanted to know if the all-knowing Twitter user made money off his prediction.

DID YOU BET MONEY?! YOU BETTER HAVE https://t.co/dC953wiSER

But @GrumpyNinerStan seemed happy enough with the satisfaction of being right.

After the Warriors closed out Boston in style on Thursday, this fan is now a Twitter celebrity.