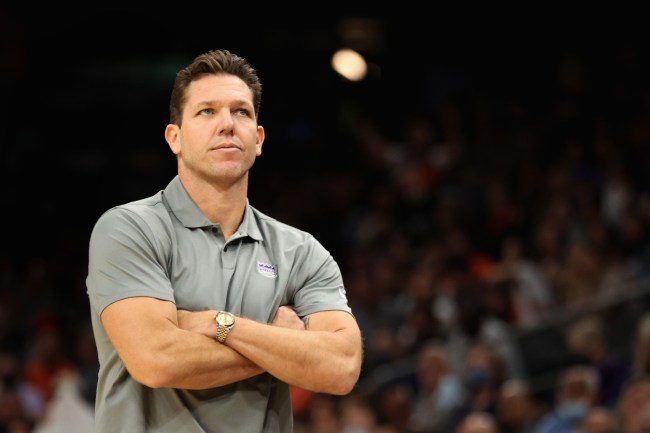 Another season, and another coaching job for Luke Walton.

The former Los Angeles Lakers and Sacramento Kings head coach is joining the Cleveland Cavaliers in an assistant role. Somehow, someway, Walton is back on the sidelines for an NBA team despite an uneven coaching career up until this point.

The Cleveland Cavaliers are hiring Luke Walton as an assistant coach, sources tell ESPN. Walton joins JB Bickerstaff's coaching staff after spending five-plus years as head coach of the Lakers and Kings. Walton spent his final two seasons as a player with Cleveland a decade ago.

The NBA world exploded after Luke Walton landed another job

Luke Walton is back on the NBA sideline. Somehow.

Sure, his time in Los Angeles and Sacramento hasn’t gone so well, but there is still hope. Walton was a terrific interim head coach for the Golden State Warriors — although that team was loaded from top to bottom.

After the news broke about Walton’s new gig, the NBA world exploded with disbelief.

how does he keep getting employed

Oh but I like the Cavs they a good young team. Why would they do this? 😬

Oh, and another interesting note is that Walton finished his NBA playing career with the Cavaliers, so this is somewhat of a homecoming. Walton spent his final two years playing for the Cavaliers and is now heading back to join J.B. Bickerstaff’s coaching staff.

Walton proved to be a terrific assistant on Steve Kerr’s Golden State staff but didn’t find success in either LA or Sacramento. So, maybe this is the right move for Walton and the Cavaliers.